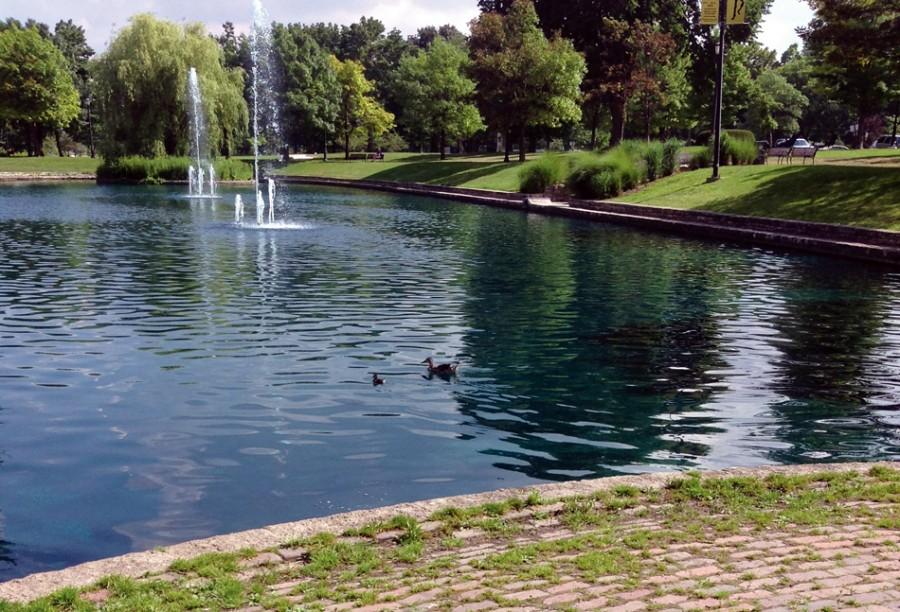 The Arrington Lakefront Lagoon, located in Evanston’s Dawes Park, is currently under renovation. Construction was originally supposed to be completed by September, but heavy rains during the summer pushed the finish date to the end of October.

The construction to the lagoon at Dawes Park, which has been delayed due to weather, is expected to be completed by the end of October.

The infrastructure repairs to the Arrington Lake Lagoon, located in the park on Sheridan Road, began in early April. However, heavy rains in June and July slowed the project’s progress, according a news release from the city.

Initially, the project’s estimated completion date was Sept. 19, according to a newsletter from the Public Works Department.

Workers are currently renovating lighting and the mechanical systems that operate the lagoon’s fountains, as well as restoring pavement and masonry that has been deteriorating, said Stefanie Levine, the city’s senior project manager who is spearheading the project.

The construction during the summer resulted in the relocation of some events that usually take place at the lagoon, including festivals and Fourth of July activities. The Ethnic Arts Festival in July, usually held in Dawes Park, was instead held at Centennial Park.

Renovations will also put the park in line with guidelines set out by the Americans with Disabilities Act. Other repairs include stone and waterfall reconstruction, waterproofing and electrical system improvements.

The city, the Arrington Foundation and a grant from the Illinois Department of Natural Resources are contributing more than $1.3 million in funding for the construction project, Levine said in an email to The Daily.

The Arrington Foundation donated $500,000 for the renovations. The city announced in June that the park’s lagoon would be named Arrington Lakefront Lagoon in memory of W. Russell Arrington, the father of the foundation’s president and chief executive officer Michael Arrington, who is also an Evanston resident.

Levine said that the construction should be complete by the end of the month of October, but the actual date is “weather dependent.”