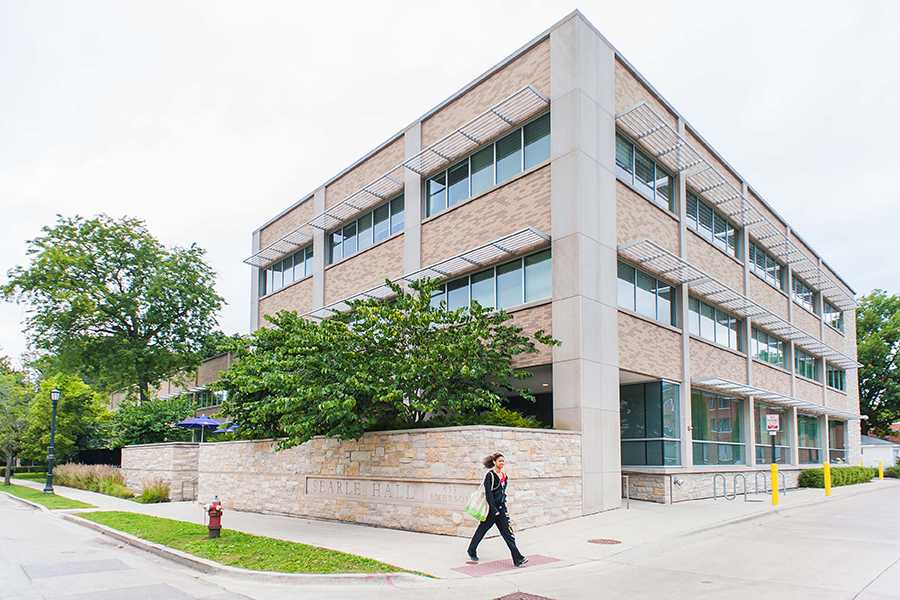 Northwestern will use a federal grant it received Friday to hire a staff member to work with male sexual assault survivors at the Center for Awareness, Response and Education, located in Searle Hall.

Northwestern received Friday a nearly $300,000 federal grant, which it will use to expand its sexual assault prevention efforts and create a new position to work with male-focused student groups.

The University applied for the U.S. Department of Justice grant in February, said Lisa Currie, director of Health Promotion and Wellness. The new coordinator of men’s engagement would be the third full-time staff member at the Center of Awareness, Response and Education.

“We’re ecstatic,” Currie said. “We were very excited to see the Department of Justice supports our vision for addressing sexual violence at Northwestern.”

The new position would be responsible for working with male survivors, the student group Men Against Rape and Sexual Assault and other male student groups such as fraternities and athletics teams.

NU will also use the money to hire a graduate student assistant for the University’s Step Up! bystander intervention program, in addition to student designers and a videographer to create publicity materials for anti-sexual assault programs.

The grant, which comes from a Department of Justice program to reduce sexual violence on college campuses, was made available by Congress’ reauthorization of the Violence Against Women Act last year.

“Today’s announcement is an investment in the safety, security and well-being of the entire Northwestern University community,” Sen. Dick Durbin (D-Ill.) said in a news release.

The University received its first Department of Justice grant in 2011. The money was used to hire NU’s survivor advocate and to fund the establishment of CARE.

CARE’s confidential counseling and advocacy services for sexual assault survivors at NU have been temporarily halted, as the University looks to fill the office’s two vacancies.

“(The new grant) really allows us to build on what we did with our first grant,” Currie said.