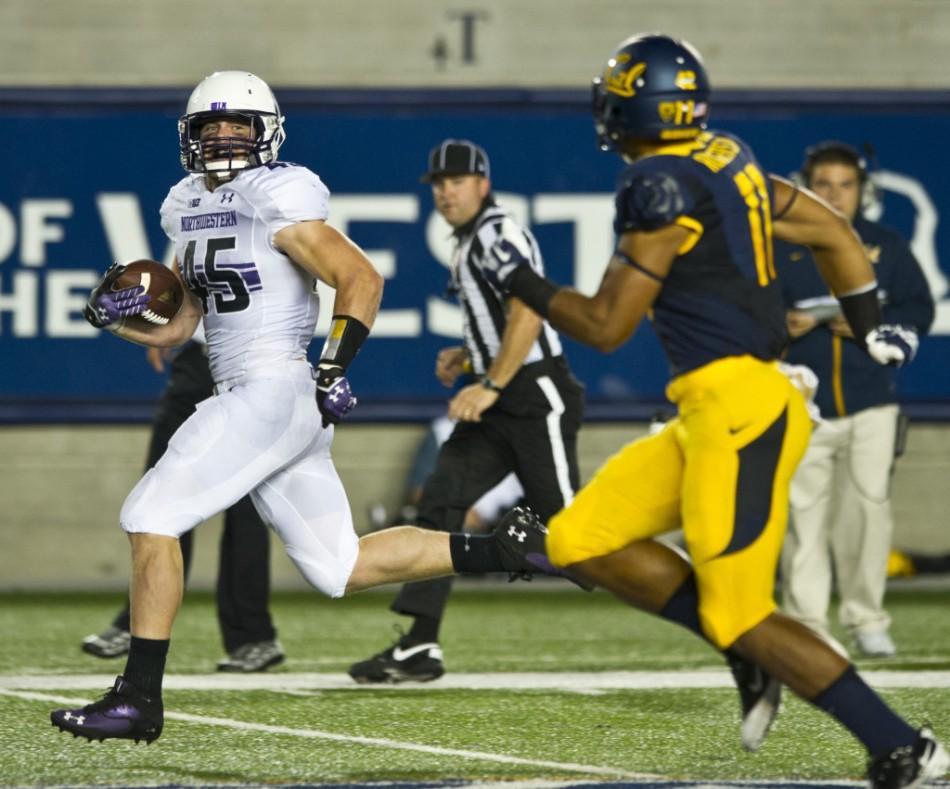 Collin Ellis will anchor Northwestern's linebacking corps in 2014. The senior will shift to middle linebacker to replace the departed Damien Proby.

The Northwestern linebacking crew, led by Damien Proby, did it all for the Wildcats last year, contributing well versus the run and the pass. Proby led the team in tackles with 112 while Senior Chi Chi Ariguzo shared the team lead in interceptions with safety Ibraheim Campbell, operating as the primary coverage linebacker at the weak-side linebacker position. With the departure of Proby, the team looks to senior Collin Ellis to man the middle linebacker position.

The main area of improvement for the Cats is versus the run. The Cats struggled against top running backs last year and will have their hands full with Wisconsin’s Melvin Gordon and Nebraska’s Ameer Abdullah, among others.

The Wildcats run operate out of a base 4-3 set and often turn to the nickel 4-2-5 in sub-packages.

Although the weak-side and middle linebacker positions are all but determined, there is some question as to who will be the strong-side linebacker. While some expect junior Drew Smith to man the position, the Wildcats will also feature converted safety Jimmy Hall at the position.

It’s likely the defense will be match-up and situation based. Against power running teams like Wisconsin, it would make more sense to play Smith due to his hard-nosed style and run-stuffing ability. Against a team like Michigan, Hall would be more valuable to due to his coverage ability. At 6’2, 205, Hall possesses the quickness and instinct to stay with tight ends, slot receivers and running backs out of the backfield.

Prater was a contributor at middle linebacker and on special teams for three games before suffering a season ending injury. He is slotted as a top backup to Collin Ellis at the middle linebacker position, so it will be interesting to monitor his progress early on. An injury to Ellis or Ariguzo likely leaves him as the top early-down backup.

Walker, who played safety and linebacker in high school, redshirted his freshman year. He presents an interesting size/speed/hands combo, and could contribute in nickel and dime packages as well as on special teams. A three-star recruit out of Miami, Florida, Walker was extremely productive at Monsignor Edward Pace and looks to take a leap in 2014.