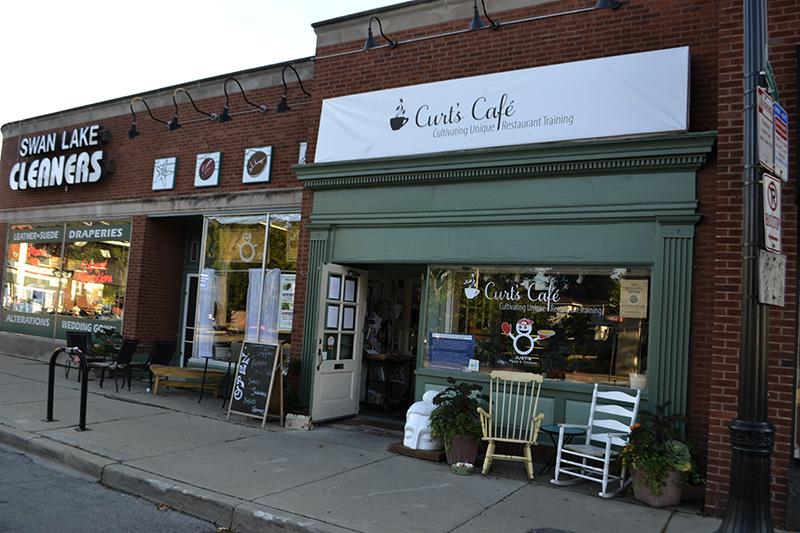 An online fundraising campaign has been started to raise money to open a second Evanston storefront for Curt’s Cafe, a nonprofit restaurant that provides training and employment programming for at-risk youth.

Evanston residents Kristen Hemingway and Nancy Floy started a Kickstarter campaign to raise funds to open the new Curt’s, which would have similar programming as the initial cafe but would target at-risk teen mothers.

The pair is collaborating with the original Curt’s Cafe, 2922 Central St., to build Curt’s Cafe South.

They are trying to raise $50,000 by Aug. 17 to purchase the storefront for the new cafe, which would occupy the space of the former Perla Cafe, 1818 Dempster St. With 12 days remaining, the women have raised more than $6,000 from about 64 donors.

Curt’s Cafe executive director and founder Susan Trieschmann, who is involved in the project through a non-fundraising role, said she had the idea to target at-risk teen mothers as opposed to youth.

“I think that it’s a needed type of thing,” she said. “We’ve met with a lot of organizations that said that the training component or training teen moms is firmly missing.”

Both Hemingway, principal of Hemingway Strategies, and Floy, the owner of the Heartwood Center, were also motivated to help at-risk teen mothers in part because of their passion for women’s health, Hemingway said.

Trieschmann said the programming at the potential new Curt’s would be similar to the previous location, but would offer new classes relating to parenting.

Hemingway said they drew inspiration from the enthusiasm of the youth at Curt’s Cafe’s, and on its focus on making those youth feel part of a family. They want the at-risk mothers they employ to have a similar kind of feeling at the restaurant, she said — one that allows them to gain confidence and grow.

In addition, Trieschmann said the new cafe would fit in well within the neighborhood.

“I think that the neighborhood would … embrace the cafe and the concept,” she said. “The people who live in that neighborhood are awesome. I know many of them. I know they would stand behind us, and help support us.”

Hemingway said the area also experiences a lot of traffic and many commuters drive through. The new cafe aims to be a part of the growing and changing community there, she said.

Hemingway added that the new cafe would resemble Curt’s Cafe’s atmosphere, though would be more contemporary, with artwork by Chicago artist and rapper Colin Grimm.

However, the pair still has work to do to reach their goal of $50,000 needed to purchase the space, Hemingway said.

Despite the deadline, Hemingway said the women will “finish strong” in their fundraising efforts through using social media and having in-person meetings to spread the word.

In addition to the Kickstarter, Hemingway said they have applied for some grants and had some groups donate outside of the website. Hemingway said if they decide to extend the deadline, they would start focusing on planning larger events to feature information on the cafe’s concepts and bring together different donors.

Aside from purchasing the space, Hemingway and Floy are aiming to raise another $150,000 to actually build Curt’s Cafe South, according to their kickstarter page.

Trieschmann said she left the fundraising to Hemingway and Floy because of the amount of time it was taking to get Curt’s Cafe “100 percent up and running.”

Still, Trieschmann said she contacted donors for the women, in addition to acquiring some grant information.

Trieschmann noted most cafes would not open so close to one another, with the original Curt’s being only about two and a half miles from the potential new Dempster location.

However, she said she thought the cafes would compliment each other, with each storefront having different menus but a similar mission.