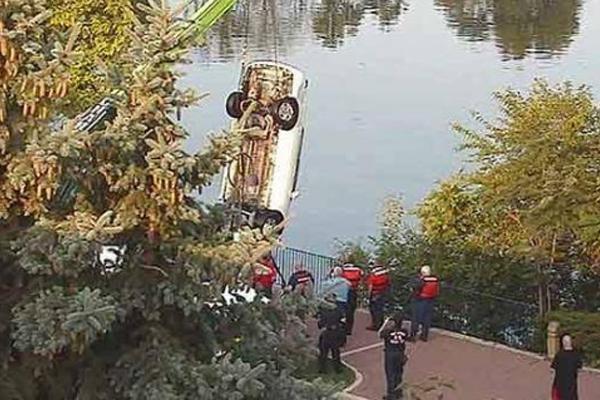 Szot has been released from DuPage County Jail. Colsant declined to comment on the case.

At the time of the crash, Szot’s blood alcohol content was above the legal limit of .08, according to a news release ​from the office of Robert Berlin, the State’s Attorney of DuPage County​.

Szot, 21, also admitted to smoking marijuana prior to the crash and a marijuana pipe was found in his possession​, the State’s Attorney’s Office said.​

Szot was charged with four counts of aggravated driving under the influence of alcohol causing the death of another and two counts of reckless homicide, police said. He faces a maximum penalty of up to 28 years in prison.

“Early yesterday morning, two young men tragically lost their lives because of a very bad decision made by an alleged drunk driver,” Berlin said in the​ release. “People have got to learn that DUI crashes are not accidents and are 100% avoidable by not drinking before you get behind the wheel of a car.”

Szot’s bond was determined at a hearing Sunday morning. As of Monday morning, Szot’s bond had not been posted. In order to be released, 10 percent, or $25,000, must be posted, a booking officer at DuPage County Jail said.

The state had requested a bond of $3 million, according to a news release from Berlin’​s office​.

The crash occurred at about 1:59 a.m. on Saturday at the intersection of Aurora Avenue and Eagle Street. The car crashed into several trees before landing in Quarry Lake​.

Szot escaped from the vehicle and was able to swim to safety. Szot, who was driving the vehicle, and the two other occupants were all transported to Edward Hospital where the two passengers were pronounced dead.

Szot is scheduled to appear in court on August 11.

The University declined to comment on Szot’s case​ Monday morning.

Szot’s attorney could not be reached for comment Monday morning.

This article has been updated to include information from State’s Attorney Robert Berlin.