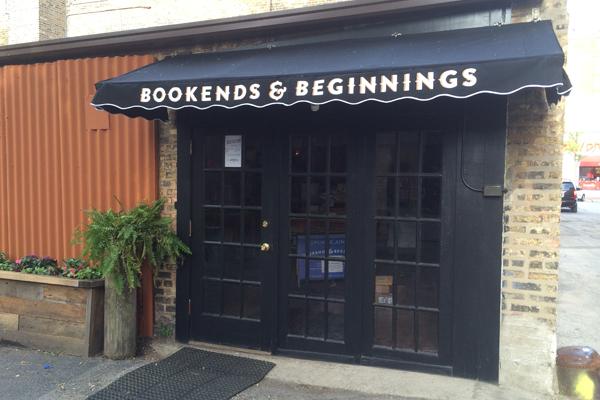 Bookends & Beginnings, a bookstore that seeks to provide a space for visitors to share ideas, held its grand opening Saturday.

“We have a sense that…it’s a kind of a space that isn’t being offered right now in Evanston, and people recognize what the value of it is,” owner Nina Barrett (Medill ’87) said. “They said so very clearly when they walked in.”

The store, located at 1712 Sherman Ave., has taken up residence where former antique bookstore Bookman’s Alley served residents and visitors for more than 30 years.

Barrett said customers who visited over the weekend and had been familiar with the previous store noted how “fresh,” “open” and “homey” the store felt.

In April, Barrett told The Daily about her plans to create a “cozy atmosphere,” offer both popular and “vintage” books, have “a fabulous cooking section” and have the store serve as a place to share ideas.

Since the store’s opening, Barrett said her goals remain the same.

She said she does not provide Wi-Fi to visitors, because she wants to create a positive place for customers to be able to retreat to when visiting the store.

“We want in a positive way (to) create a refuge from all the distraction that Wi-Fi offers to people, so that they can… have a little moment of peace when they can really focus on a book,” Barrett said.

Barrett said a lot of work still has to be done, explaining that just opening the store comprised a part of “phase one,” with tasks still to be accomplished in “phase two.” Some of the tasks involved in “phase two” include negotiating with the city to sell the store’s cookbooks at the Farmers’ Market and establishing an “e-commerce enabled website.”

Over this past weekend, Barrett said she did not see many people who appeared to be students in the store, but said that she thought the store would appeal to them.

“I would love to see some more students,” she said.

During the opening, Barrett had a raffle, in which participants submitted what they considered to be their “top three books.” She said she wants to use these lists as displays in the store to promote the sharing of ideas.

In April, Ald. Judy Fiske (1st) told The Daily the store was “a perfect fit for Evanston.” Fiske told The Daily Monday that she wishes success for the business.

“I am sure residents will love the store,” Fiske said in an email.

The store is open Tuesday through Saturday from 10 a.m. to 7 p.m. and on Sunday from noon to 5 p.m., Barrett said.