Class of 2018 to be most diverse in Northwestern history 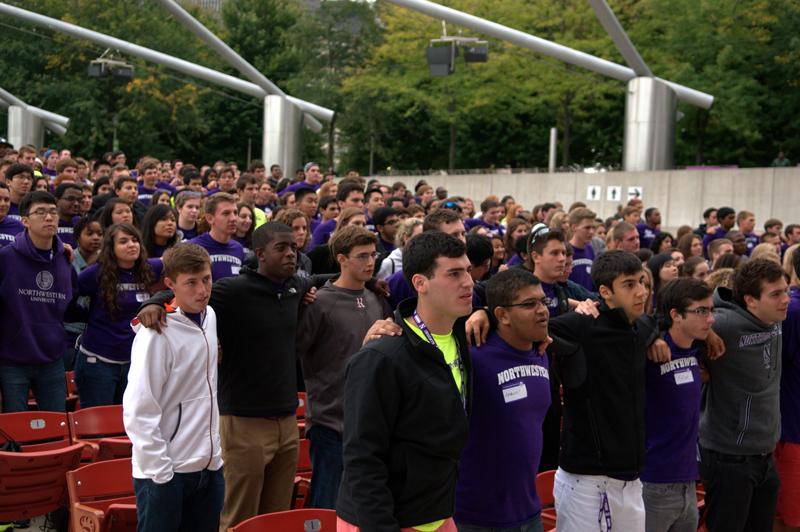 The class of 2017 sings the alma mater in Chicago's Millennium Park during Wildcat Welcome. The class of 2018 is the most diverse class in Northwestern’s history.

The class of 2018 will be the most diverse class in Northwestern’s history, undergraduate admissions dean Christopher Watson said Thursday.

“We’re very happy with the diversity of the incoming class and very happy to be able to set another record with that,” Watson said.

Watson also said 50 students were taken off the waitlist this year compared to only 20 for the class of 2017. He said the two to three years prior to that, NU did not admit any students from the waitlist.

“Going to the waitlist is not a sign of failure,” he said. “I don’t know any school that does not want to go to their waitlist because it helps you round out the class. If one program is down, it helps you find more students for that program. Our 50 students didn’t represent anything in particular. It was just kind of across the board so we took off the waitlist to all six schools.”

The overall acceptance rate for the class of 2018 was 13 percent, another University record. Watson predicted the total number of incoming freshmen will be between 2,025 and 2,040 students. The range depends on how many students request a gap year.