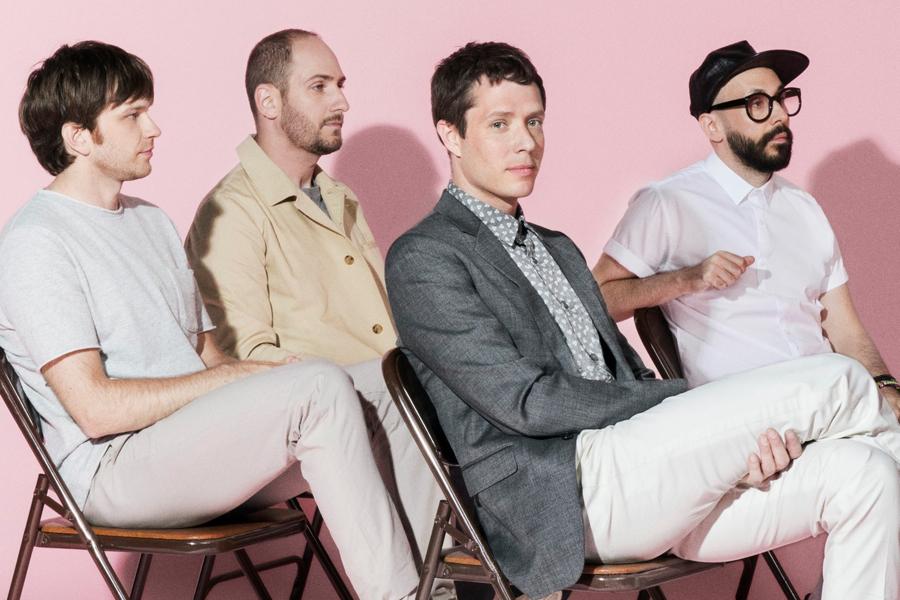 Mayfest teased OK Go on its website Monday night by posting a picture of the treadmills from the band’s Grammy award-winning music video, “Here It Goes Again.”

“We want a band that everyone knows the name of it, but what we don’t want to do is back down and get kind of a one-hit wonder throwback,” the Communication junior said. “While those definitely have their ups and downs, like Smash Mouth was a very popular act, we wanted someone with a little more perhaps musical legitimacy. OK Go is just about as good as it gets.”

The band, which is originally from Chicago but is now based in Los Angeles, is known for their creative music videos. Some of their famous videos include “This Too Shall Pass,” which features an elaborate Rube Goldberg Machine, and “A Million Ways,” which became the most downloaded music video in 2006.

Because Dillo Day will be the band’s precursor to their tour, Bass said he does not know what the show will look like.

“Every tour brings something different to the table, but I can assure you that it’s going to be interesting, creative and something different than four guys on stage playing instruments,” he said. “I think creative is what their MO is. They just love to think outside the box, and I think you’ll see that on stage.”

Mayfest spokesman Ian Robinson added that someone involved in the booking process from the band’s end is a Northwestern alum and attended Dillo Day as a student. Robinson said the connection has added to the band’s excitement for the performance.

“They are practicing before, which is cool because they are taking us seriously, which shows it actually does have some historical clout,” the Medill junior said.

The performance is sponsored by the Residence Hall Association, which also supported Wiz Khalifa’s performance at last year’s Dillo Day.

RHA’s co-presidents James Pisano and Andy Niederschulte said they were pleased to partner with Mayfest again.

“We’re excited to be able to contribute to a campus tradition that is so integral to the Northwestern experience for RHA students. Many thanks go to Mayfest for being great collaborators and for making this awesome event a reality. We’ll see you on Dillo Day, and we hope you enjoy OK Go!” they said in a statement.

OK Go is the fourth act to be announced for Saturday’s festival, and they will play from 1:30-2:30 p.m. Chance The Rapper, Ryan Hemsworth and 2 Chainz are the other acts slated to perform. Mayfest has yet to release the artist who will perform in the third slot.