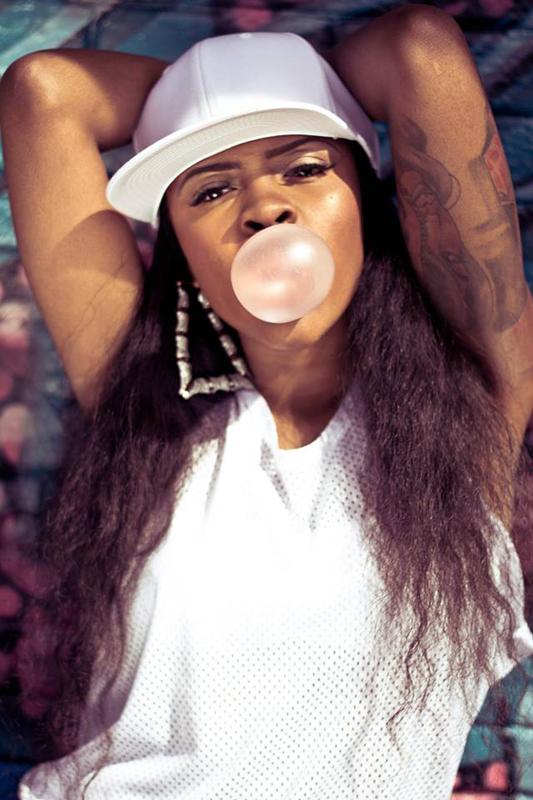 Tink, a Chicago rapper and singer, is one of several local artists to be featured on the IndieU stage at Dillo Day. The lineup will also include RUNNING, Teen Witch Fan Club and the GTW, Mayfest announced Sunday.

Sirr Tmo will serve as the fifth artist performing on the IndieU stage and will play during the second slot, WNUR announced Thursday.

Sirr Tmo works as a producer, DJ and dancer and is a member of footwork crew Teklife. He released an EP May 21, “Footworking Through My Music.” He will perform at 2:30 p.m., after RUNNING, which will play a 1 p.m. set.

The lineup for the IndieU stage at Dillo Day, a collaboration between WNUR, IndieU and Mayfest, will feature several local artists throughout the day including RUNNING, Teen Witch Fan Club, the GTW and Tink, Mayfest announced Sunday.

In launching the collaboration, WNUR approached Mayfest expressing interest in getting involved in the second stage, which was first added to Dillo Day last year, said Mayfest co-chair Xander Shepherd, a Weinberg senior.

“For us, it was really exciting to be able to collaborate both with another significant student organization or group on campus but also allow for additional styles and genres of music to be present on the day of,” Shepherd said. “We looked at this opportunity as a way to target much more specific niches of music taste on our campus as well as just artists that WNUR felt confident would excite people.”

Nick Harwood, outgoing Streetbeat music director and booking co-chair for WNUR, said IndieU, a music technology company, reached out to Streetbeat in an effort to collaborate on an event. IndieU was founded by Communication senior Natalie Edell, and has an online magazine and mobile app which “connects independent artists to a targeted college fan base,” Edell said in a statement.

Harwood, a Communication senior, said he was excited to be working with such a successful company to bring different artists to Dillo Day.

“They are super-supportive and really awesome and excited about basically blessing us and making the stage as big and awesome as it can possibly be in terms of the artists that we book and the way the stage looks,” Harwood said.

RUNNING, a punk band, will play the IndieU stage’s first slot of the day, followed by Teen Witch Fan Club, a DJ who will be remixing pop hits with house energy.

Harwood said Teen Witch Fan Club is a well known DJ throughout the the Chicago area and said he was looking forward to his performance.

“He takes these enormous pop songs and sort of chops them up and creates something completely new out of them so it’s really weird, left-leaning type of stuff but everything is recognizable so I think it’s like a perfect type of DJ for a campus event,” Harwood said.

The vocalist GTW will follow Teen Witch Fan Club. Rapper and R&B vocalist Tink will serve as the stage’s headliner and close out the day.

“Tink is also the first female act that will be brought to Dillo in four years, and we know there was a big push for that in the beginning of the year and there was that petition that went out,” said Medill senior Ramona Roy, WNUR marketing and promotions co-director. “We were really excited to be able to work with Mayfest to make that happen, because it’s something that meant a lot to all of us.”

Harwood said having the IndieU stage serves as a good opportunity to bring in local Chicago artists and give students a “taste of the amazing array of culture that we have here.”

Shepherd said he hopes the IndieU stage will encourage students to stay on the Lakefill during the day, noting student feedback has been very positive.

“We’re giving the student body so much more opportunity and reason to stay out on the lake,” he said. “People have been very excited to see what the three of us were able to put together. It’s been extremely positive.”

Dillo Day is scheduled for Saturday.