The Daily Northwestern • May 21, 2014 • https://dailynorthwestern.com/2014/05/21/sports/tennis-smith-niu-and-corning-all-bow-out-in-ncaa-singles-opening-round/

Tennis: Smith, Niu and Corning all bow out in NCAA Singles opening round 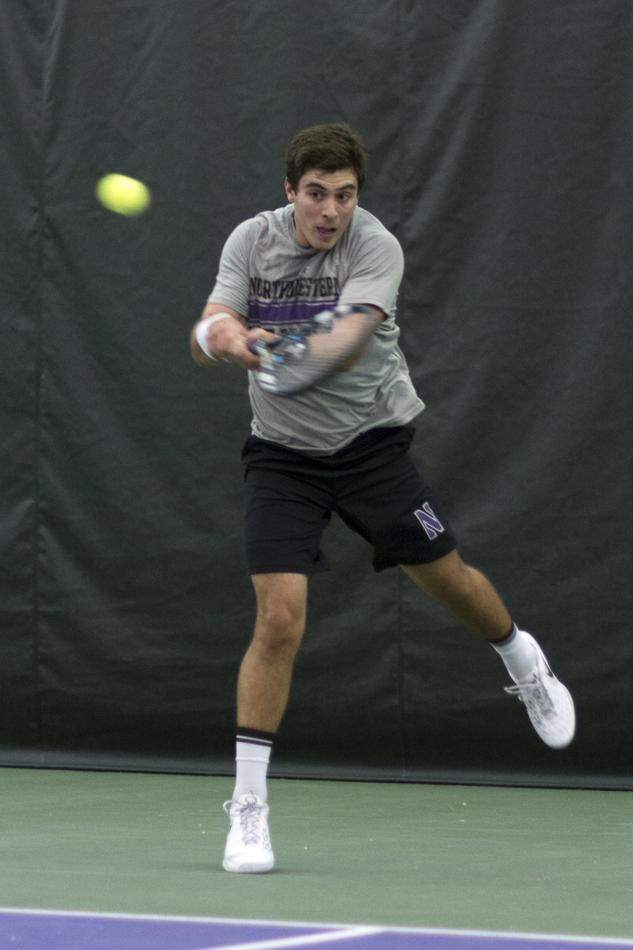 Senior Raleigh Smith was one of three Northwestern tennis players to see their singles careers end Wednesday at the NCAA Singles Championships. Belinda Niu and Veronica Corning lost in the first round of the women’s draw.

Northwestern went 0-for-3 Wednesday in the first round of the NCAA Singles Championships in Athens, Georgia.

Niu said she and Corning were ready to “go out and have fun,” as their last hoorah for NU appeared around the corner.

But the end came soon for both players, on the first day of singles play.

Coming into the singles-only tournament, Niu had the most wins on the NU squad with Corning second. Corning dominated her No. 1 singles court, while Niu took care of business on the No. 2 court, raking in win after win.

Niu spoke last week about how this competition would be her last ever, but Corning plans to try the professional circuit for the next year and keep up with her tennis. Corning will have a chance to play doubles Thursday as she and sophomore Alicia Barnett were selected to compete in the NCAA Doubles Championships.

Smith, NU’s lone senior, was the only male player for the Wildcats to qualify for the Singles Championship. He led a pack of young Cats this year to a 21-11 record, a run to the Big Ten Tournament semifinals and a third-straight NCAA Tournament berth.

Coach Arvid Swan said Smith is one of the best players he has ever coached.

The senior nabbed a 13-10 record this year at the No. 1 singles spot for NU and was a first-team All-Big Ten selection for the second consecutive year. He also reached a career-high ranking of No. 37 earlier this season and beat five ranked opponents.