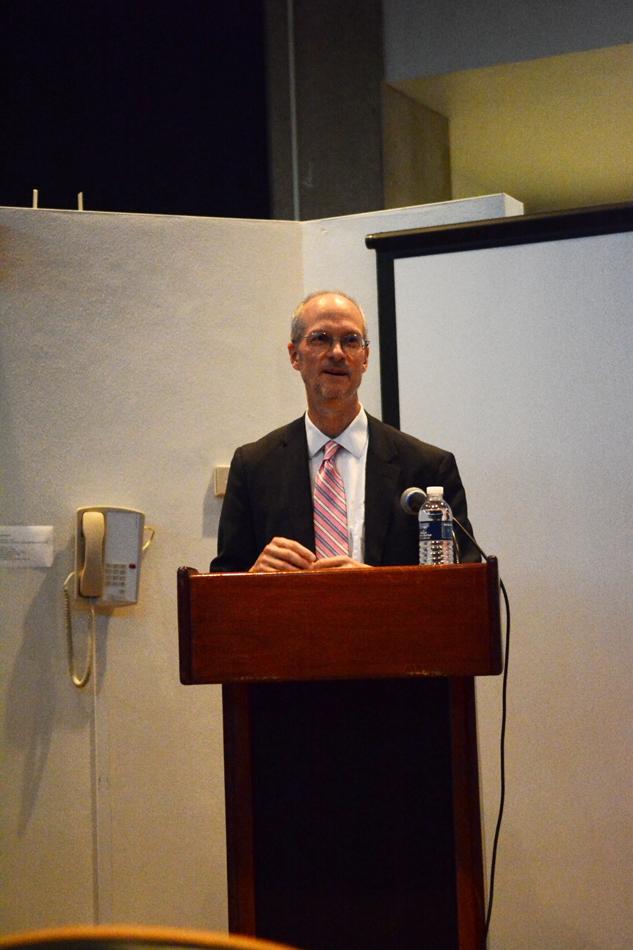 Activist and former Associated Student Government president Jim Lewis spoke to students Tuesday night about his experiences with radical politics and student movements during his time at Northwestern.

The talk was held in conjunction with University Library’s exhibit, “Apartheid to Democracy: 20 Years of Transition in South Africa.” During the event, Lewis (Weinberg ’78) highlighted his involvement with the divestment movement that urged American institutions to end support of South Africa’s apartheid system. In a racially tense campus environment, Lewis said his support of an African American student candidate for an Evanston aldermanic office was crucial in cementing a trust between himself and For Members Only, NU’s black student union, during the anti-apartheid movement.

“It was a more racially divided time,” Lewis said. “The relationship I had developed with the African-American community here sort of came into value because they wanted to see if the white guys in ASG were going to be with them on this thing.”

Before becoming involved with the divestment movement, Lewis was part of Student Voice, a group advocating for mandatory course and teacher evaluations, students on the tenure committee and lower tuition. In conjunction with Student Voice, Lewis participated in rallies and a sit-in, during which he was almost arrested. The proliferation of the group impressed Lewis, and he said he was inspired by its mobilization efforts.

Erik Ponder, co-curator of the library exhibit, hoped attendees would appreciate this level of student engagement and apply it to their lives at NU.

“All throughout the country around that time, you had students active and voicing their opinions,” Ponder said. “I would think that the current students, and the current generation, are more concerned about their careers. … I think students are a little bit more lukewarm about really stepping out and having voice and activism to the issues of today.”

Ponder added that “liking” something on Facebook or holding up a sign is not the same level of activism as the mobilization efforts of Lewis and his colleagues. He encouraged students to think about their efforts to effect change and consider what issues are important to them.

During his time at NU, Lewis and other members of Student Voice wrestled with similar questions. Though the group eventually united for common causes, they were initially unclear of their vision.

“It was sort of a mix of people, and we had this question of, ‘If we have this student movement, what is it about? What is the purpose of it? What kind of reform are we about?’” Lewis said.

This idea resonated with Kassandra Blanchard, a member of the new ASG student activities resource committee, who said Lewis’ speech made clearer the value that student government has in effecting change.

“I’ve become more passionate about the power of ASG, which, listening to him and listening to the changes he was able to enact, was really quite eye-opening for me,” the Weinberg freshman said. “I didn’t understand the extent to which it could influence the campus community, so I hope to be able to do that in the future.”