The Daily Northwestern • May 19, 2014 • https://dailynorthwestern.com/2014/05/19/campus/student-group-sets-fall-opening-date-for-communal-closets/ 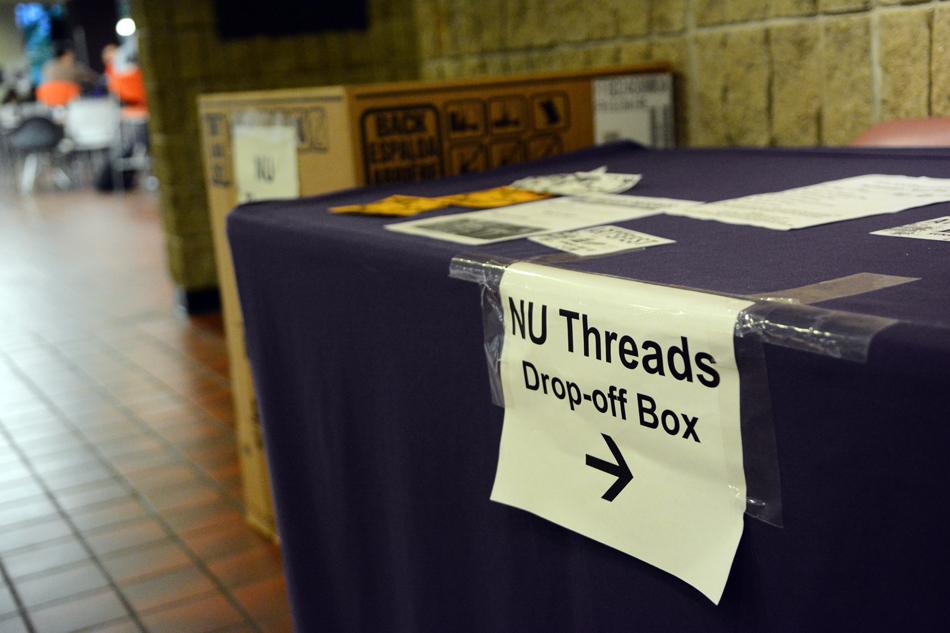 New student group NU Threads is collecting formal wear for a communal closet it is planning to open during Fall Quarter. University Career Services and African American Student Affairs agreed to provide space for the closets.

A new student group wrapped up a week-long clothing drive Monday in an effort to open communal closets that will lend out formal clothing to students in time for job and internship fairs in fall.

NU Threads, which facilitated the project, is planning to open communal closets on Oct. 1, after University Career Services and African American Student Affairs agreed to provide space in their buildings for the project. Students will have the opportunity to rent clothes for free, provided they pay for dry cleaning costs, NU Threads co-leader said Pooja Mirchandani.

The next challenge the group is facing is collecting clothing for the project. Ideally, the communal closets would be able to provide at least one female and male suit at every single size, the Weinberg junior said.

NU Threads’ launched a week-long clothing drive last week that ended Monday to collect formal attire for its closets and to generate publicity, Mirchandani said. The group plans to reach out to alumni and faculty members for clothing donations, she added.

“Lots of pieces have fallen in place,” Mirchandani said. “It’s the right time to start collecting.”

UCS director Mark Presnell has worked as the group’s adviser since it was started.

UCS and African American Student Affairs will contribute office space to be used as communal closet locations on 620 Lincoln St. and at the Black House. UCS will also provide funding for hangers, furniture and other furnishings, he said.

Presnell declined to say how much funding UCS provided but said the department has supported student-backed events in the past such as the startup career fair.

UCS serves as a relatively secluded location where students can go if they fear there is a stigma associated with renting a suit, Mirchandani said. Work-study students may staff the communal closets, she added.

The group postponed the communal closet opening from the spring to the fall after securing space for the closets following Spring Break, NU Threads co-leader Tralon Williams said. When the communal closets open in the fall, the initiative will be mostly sponsored by on-campus organizations, the Communication junior said.

NU Threads has grown to about 20 members after first starting with about 10 students who were involved in Sustained Dialogue, Mirchandani said. The group has recruited other individuals through events such as its information session.

“I think the key thing for us is we want the initiative to go forward,” Presnell said.