The Daily Northwestern • May 16, 2014 • https://dailynorthwestern.com/2014/05/16/sports/wallace-maryland-rutgers-criticism-unwarranted/ 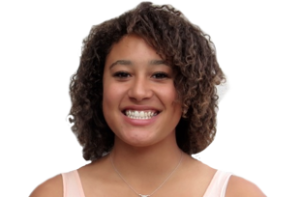 The Big Ten Conference announced May 6 the Verizon Center in Washington, D.C. will enter the rotation to host the men’s basketball conference tournament, along with Chicago’s United Center and Bankers Life Fieldhouse in Indianapolis.

As someone who grew up a mile north of D.C. and ten minutes away from College Park, Maryland, I was ecstatic. The Verizon Center is a fantastic venue, and now I have an excuse to go home every third year.

I was also excited when the Big Ten announced it was adding the University of Maryland and Rutgers University to the conference. I’m not a fan of the overuse of the word “literally,” but I literally cannot wait for those lacrosse matchups.

But most Big Ten fans didn’t share in my excitement of either conference development.

Fans argued the Big Ten was losing its geographic significance, its Midwestern home base. The addition of two more East Coast schools back in 2012 was bad enough, but asking fans to travel to D.C. to watch basketball — our gritty, heartfelt, Midwestern basketball — was a line too far.

But Big Ten fans can’t be upset about the geographic expansion of the conference; proximity barely matters to college athletics anymore. It’s easier to travel between cities, easier to stream conference-specific channels on your laptop, easier to stay up-to-date on your phone. Conferences such as the athletic and academic hodgepodge that is the Big East and big interconference moves like Texas A&M’s to the Southeastern Conference also disprove the relevance of geography.

In fact, clinging to geographic proximity to prove Big Ten worthiness only really benefits Northwestern. In every other way but proximity, Maryland and Rutgers fit in with the Big Ten crowd more than NU does.

The question draws attention to what’s more important than geography when it comes to conferences: culture.

I can’t speak as much to Rutgers’ athletic atmosphere, but I know Maryland’s fan culture will live up to Big Ten standards.

Maryland might have faced similar problems Northwestern does in accruing a passionate fanbase in and around a major metropolitan area, but the school’s size — and the size of its local alumni base — is large enough to prevent those issues of involvement that separate NU from the rest of the Big Ten cheering squads. Maryland’s large student body and alumni base means rowdy tailgates and a deep investment in the happenings at the athletic department, similar to the rest of the Big Ten.

Sure, Maryland doesn’t have the athletic tradition of a Michigan football or Indiana basketball, but its fans are excited and devoted, and its student body takes pride in its regional identity.

That regional identity now also includes the nation’s capital, thanks to the addition of the Verizon Center to the Big Ten Tournament rotation — which means a bigger fan base and more exciting game atmospheres.

All in all, “D.C.’s Big Ten Team” sounds pretty good to me. It’s up to the rest of the Big Ten to get on board.