The Daily Northwestern • May 16, 2014 • https://dailynorthwestern.com/2014/05/16/opinion/the-spectrum-reflecting-on-learning-across-difference/

The Spectrum: Reflecting on learning across difference 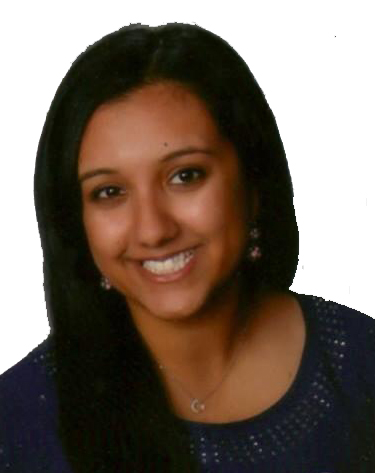 This quarter, I am enrolled in Prof. Nitasha Sharma’s “Diversity and Inequality at Northwestern” course. Over the past several weeks, we’ve analyzed how issues of inclusion, student activism, multiculturalism and administrative services and programs intersect on NU’s campus. Last week, we debated the contentious student-athlete unionization effort. This particular class solidified for me how learning across different identities and experiences can help individuals cultivate empathy, understanding and awareness.

As we participated in the debate, I listened as students from diverse backgrounds shared their views on the implications of unionization. While some student athletes substantiated their opinions with personal anecdotes, others took a more impartial view toward the legal and economic implications of unionization. Though our debate did not conclude with a consensus, I realized compromise or agreement was not the purpose of the exercise. Instead, I left class feeling both empowered and also educated as a result of the opportunity to listen to the experiences of student athletes from various teams, ranging from fencing to football, while at the same time hearing the opinions of students who examined the issue of unionization from less personal perspectives.

Soon, I will be an alumna of NU. As I approach these last few weeks of senior year, I already feel nostalgic toward the few opportunities I’ve had to engage students different from me, and in turn to learn from those of different backgrounds and experiences. It goes without saying that college is a time for reflection and growth. My experiences have led me to recognize my own shortcomings.

After leaving the debate, I recalled a difficult experience. During my first week serving on the board of a student organization in fall of 2013, an administrator inadvertently e-mailed the entire student body one of the first graphics I created as part of my new responsibilities — a graphic highlighting “One Northwestern” in bright text, surrounded by students clad in purple. In the middle of the crowd, a student was wearing a sombrero.

At the time, I didn’t realize the irony of advertising this space as “One Northwestern” while simultaneously featuring a white student wearing a large purple sombrero. As someone who has advocated for inclusion at this university, I found myself participating in the insensitive culture I’ve felt impassioned to change.

Just four months before that e-mail was seen by 8,000 undergraduates, student leaders published a letter calling for a respectful celebration of El Cinco de Mayo. In my new position of responsibility, I became fully responsible for more than 8,000 students receiving an email from an administrator advertising a graphic that should have never been created in the first place. Moments after the email was sent, a Mexican-American student contacted our organization, saying the image was an act of cultural appropriation.

For the first time, I wasn’t a student calling for a conversation on racial prejudice or moderating a sustained dialogue. I was on the insensitive side of an incident of marginalization.

At the time, I could have easily become entrenched in a debate about my intentions — how I created the graphic to innocently advertise a student group event. But intentions do not mitigate the harm I caused the student. How many other students did I offend, but who didn’t speak up out of fear of being branded “hypersensitive?” I could have felt guilty and apologized — but feeling guilty and apologizing for something ignorant still wouldn’t have taken away the impact. The graphic would still be there — sitting in more than 8,000 inboxes. The students who felt marginalized by what had arrived in their inboxes had a perspective that was incredibly valid and important.

I was made aware of the power and privilege I had in that situation. It was my responsibility to make the graphic, distribute it and, as a result, be accountable for its impact. I realized the importance of cultural competency in that situation, and how unfortunate it was that it took a student of a marginalized identity to bear the burden of informing me of my cultural incompetence.

“Cultural competency” refers to an ability to interact effectively with people of different identity backgrounds, such as socio-economic status and race. Over the past year, several campaigns regarding issues of marginalization on campus have emerged and many of them have offered opportunities for cultural competency to students — NU Class Confessions and NU Speaks, to name a few. Some campaigns have faced resistance, while others have led to the consideration and implementation of new services and programs that address the needs of students across different identities. For the past weeks, I have attempted to analyze what these campaigns have in common.

In my experience, I’ve found that students who have faced marginalization often bear the burden of organizing the very campaigns that seek to supply their peers with cultural competency. It is a frustrating reflection of our community that it takes students who have already felt marginalized to mobilize, raise awareness and seek change. Shouldn’t we all be mobilizing to encourage cultural competency and empathy for all? As I finish my undergraduate career, I have realized that in order to improve campus culture, we all must learn across difference by listening and having empathy for the experiences of our peers, whether privileged, marginalized or somewhere in between.

This essay is part of The Spectrum,  a weekly forum in our Opinion section on topics of marginalization and privilege. To submit a piece for The Spectrum discussion forum, please email [email protected] with your idea for a piece no longer than 700 words that you hope to have published as part of the conversation.