The Daily Northwestern • May 13, 2014 • https://dailynorthwestern.com/2014/05/13/campus/schakowsky-talks-voter-suppression-youth-political-engagement/ 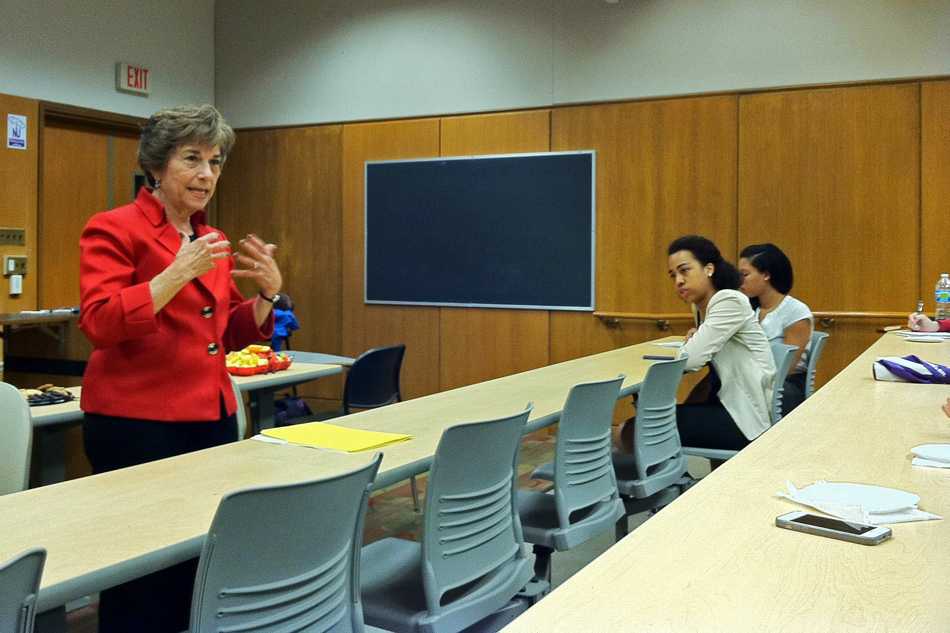 Rep. Jan Schakowsky (D-Ill.) spoke about youth involvement in politics at Northwestern on Tuesday. She encouraged students to vote in off-season elections and spoke about a new initiative to register voters.

More than 20 individuals attended the talk, held at Technological Institute and hosted by Delta Sigma Theta sorority. Schakowsky began by speaking about voter registration efforts during the Civil Rights Movement, contrasting that work with a recent trend of “voter suppression” laws and the low voter turnout of young adults in non-presidential election years.

“In Texas, you can use as identification your gun registration card,” she said. “You may not use your student ID in order to register to vote.”

She announced her support for a new, nonpartisan voter registration effort to help voters who encounter obstacles from new voting laws and gave students a signup sheet to receive more information about the initiative.

“The NAACP and the Leadership Council on Civil Rights are going to be conducting a ‘Freedom Summer and Fall’ and start doing recruiting and training and dispatching and organizing and publicity around this idea of getting people out to vote,” Schakowsky said. “Anywhere there are these barriers to voting, to physically help people get over them.”

After the talk, she held a question-and-answer session, inviting questions and comments from the audience. Several students said they noticed a trend of political apathy among young people. Others asked her how to encourage women to run for office and how best to be heard by political representatives.

Weinberg senior Leah Jones, president of NU’s Theta Alpha chapter of DST, said she met the congresswoman in February at a conference in Washington, D.C., and has wanted her to speak on campus since.

“She’s very personable,” Jones said. “I’m glad that the audience asked the questions that we wanted to hear, things that were relevant to the audience and not just things that she had planned to talk about. She was very open to having an open dialogue.”

Jones said she thought it was important for Schakowsky to speak at NU because of the relationship between the University and Evanston.

“She is representing the Evanston community and Northwestern as part of that,” Jones said. “And I think a lot of times as students, we don’t see ourselves interacting with the greater Chicago area or being a part of it, but we are. It was a great opportunity for people to bridge the gap between Northwestern and Evanston.”

“We appreciated her for just being open to discussing what it’s like to be a woman in Congress because we know Congress is very male-dominated,” Collins said. “Personally, I just appreciated her advice on standing up as a woman and not being afraid to confront conflict.”