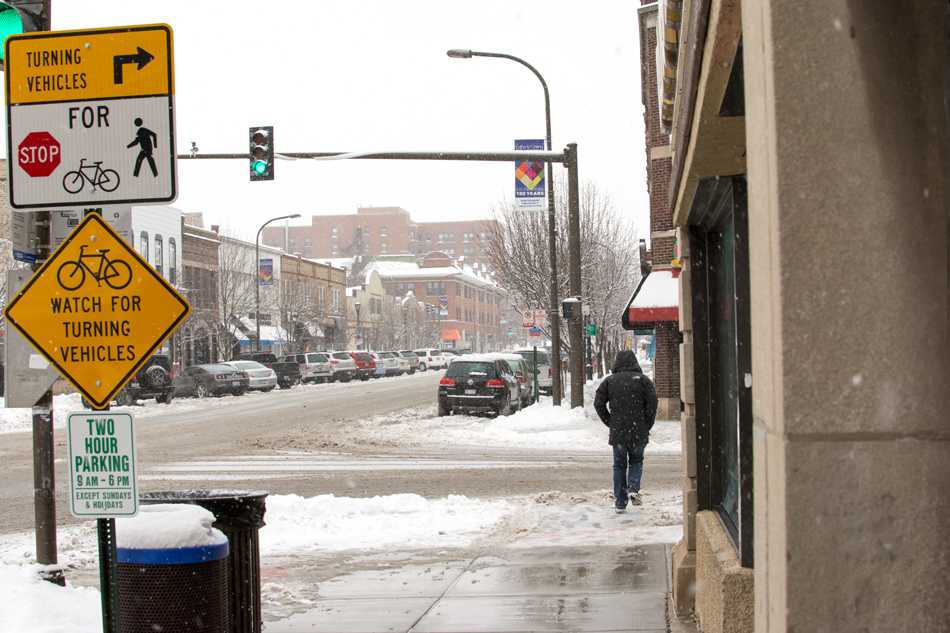 In the wake of the snowiest winter in Evanston’s history, city officials are asking residents to evaluate snow removal and snow parking services. The Public Works Department announced that 90.9 inches of snow had fallen in the winter.

Evanston officials are assessing residents’ feedback on how well the city handled the snowiest winter in its history.

In a survey conducted by the public works department in April, the city asked residents to evaluate city services, such as snow parking and snow removal, from the past winter.

Jim Maiworm, assistant director of public works, said he sees the survey as a way to improve customer service and ensure residents are being provided with necessary services.

“We can make assumptions that we are doing a good job, and we think we’re accomplishing quality things for the residents of Evanston,” Maiworm said. “But unless you actually go out there and ask people, you never know.”

Evanston spent more than $400,000 on cleanup after the first week of January became the second-snowiest week in the area ever recorded by the National Weather Service. Although the survey results have not yet been released, many residents have strong feelings about the way snow removal was handled this past winter.

Evanston resident Caitlin McLeod said she felt even with systems in place to facilitate snow removal, the city did not always follow through.

“On one side of the street in snow emergencies you could park on even days, and the other on odd days,” McLeod said. “But even with that, they only plowed down the center of the street, leaving the banks of snow to pile up around the cars.”

Mary Kurz, another resident, did not have any problems with snow removal efforts, but said other ways the city handles winter weather could use some improvements.

“They kept up with (the snow) the best they could,” Kurz said. “What I’m concerned about is the amount of salt they are putting down. Other cities use a beet juice solution, which is more environmentally friendly.”

Maiworm said the survey, while unconventional, will provide valuable feedback for winters to come.

“What I’m hoping from the snow survey is that there will be some sort of common thread about some area that we may have overlooked,” Maiworm said. “We haven’t done anything like this for snow in the two years I’ve been here, but this is such a unique and different situation. It just made sense to get people’s opinions on how we dealt with it.”