The Daily Northwestern • May 11, 2014 • https://dailynorthwestern.com/2014/05/11/sports/four-former-northwestern-players-sign-with-nfl-teams/ 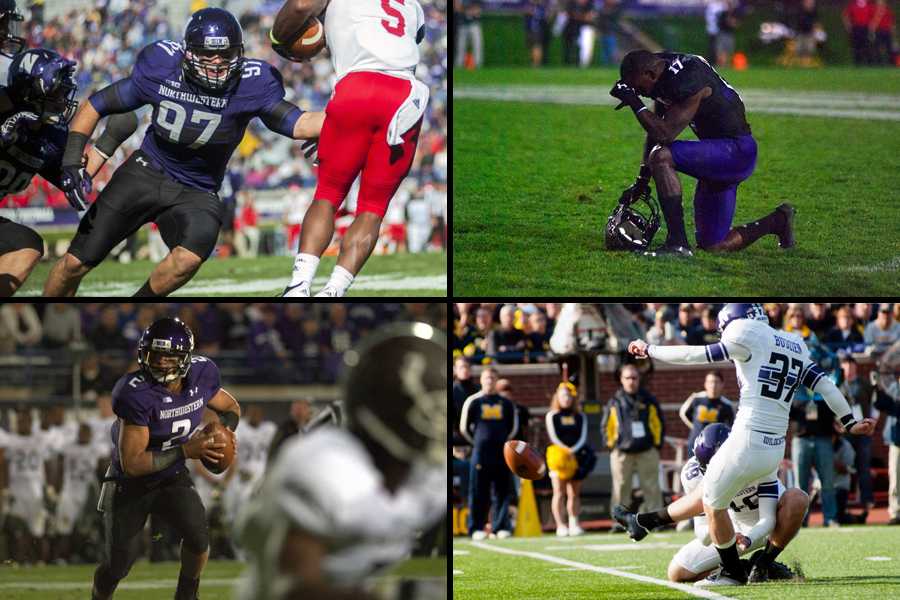 Former Northwestern players (clockwise from top left) Tyler Scott, Rashad Lawrence, Jeff Budzien and Kain Colter all signed with NFL teams Saturday. Between now and the start of the season, they will fight for roster spots in pursuit of NFL careers.

After slight disappointment on draft day, four former Northwestern football players will have a chance to fulfill their NFL dreams.

Colter and Scott signed with the Minnesota Vikings, Lawrence with the Washington Redskins and Budzien with the Jacksonville Jaguars.

Colter, the Wildcats’ starting quarterback for parts of three seasons, took snaps at receiver throughout his career, reeling in 63 career catches for 683 yards and four touchdowns. Lawrence contributed in each of his four seasons at NU, catching 96 passes for 1,165 yards and two touchdowns.

Scott grew into one of NU’s best defensive players in 2012 and 2013. The defensive end finished his career with 16 total sacks, 15 of them during his junior and senior seasons. Budzien similarly starred in his final two seasons in Evanston, converting 42 of 45 field goals in those years. In his career, he converted all 136 of his extra point attempts.

As undrafted free agents, all four players are long shots to earn spots on NFL rosters come training camp. If they do, they will join more than 10 other former Cats players currently in the pros.