The Daily Northwestern • May 8, 2014 • https://dailynorthwestern.com/2014/05/08/city/net-zero-walgreens-in-evanston-wins-sustainability-award/ 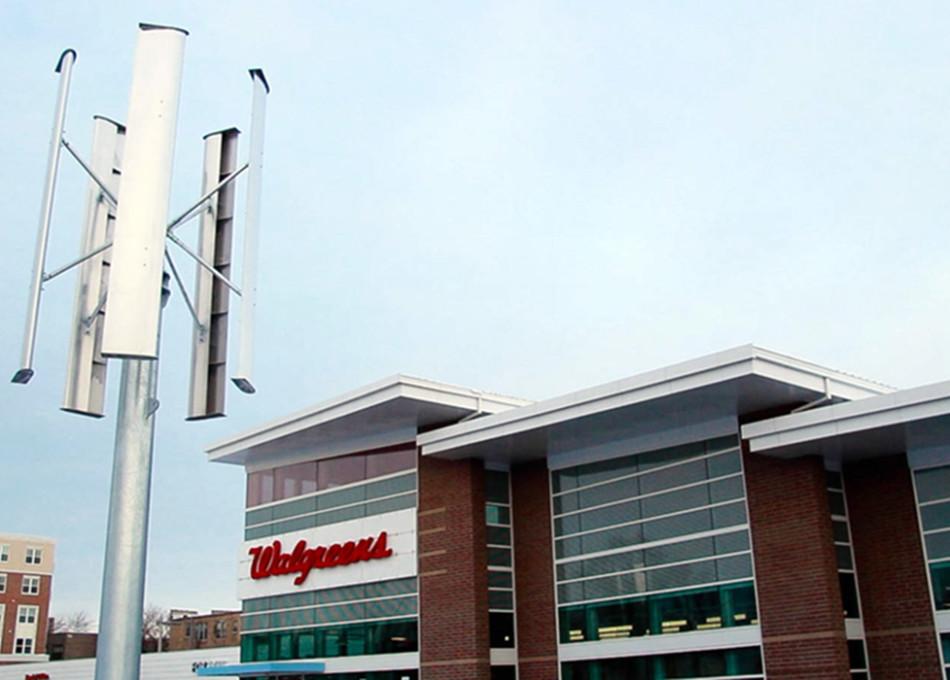 The net-zero energy Walgreens in Evanston was recognized for its national leadership in sustainability with the Green Innovation award, which will be presented by the Illinois chapter of the U.S. Green Building Council on May 15.

The award recognizes the Walgreens at 635 Chicago Ave. for its leadership in energy production and conservation.

“I think the obvious reason we picked the net-zero Walgreens for the award is that it’s one of the first retail stores in the world to generate more energy than it uses, which is really exciting,” said Brian Imus, executive director of the council’s Illinois chapter.

The store uses about 850 solar panels, two wind turbines and a geothermal unit to produce all its energy. It also implements conservation techniques such as LED lighting that strategically changes angles according to the time of day, a glass wall to maximize natural lighting and more.

“Our purpose as a company is to help people get, stay and live well, and that includes making our planet more livable by conserving resources and reducing pollution,” Mark Wagner, Walgreen Co. president of operations and community management, said in a news release.

The award was presented to the store for its leadership in green building design. The store has received interest from other retailers who want to follow suit in sustainable techniques.

“The commitment that Walgreens has made to sustainability sets an example for competitors of how going green can benefit their bottom line,” Imus said. “They serve as a great example.”

The Green Innovation award, along with other awards praising leadership in sustainability, will be presented in Chicago on May 15 at Limelight, an annual celebration hosted by the Illinois Chapter of USGBC.