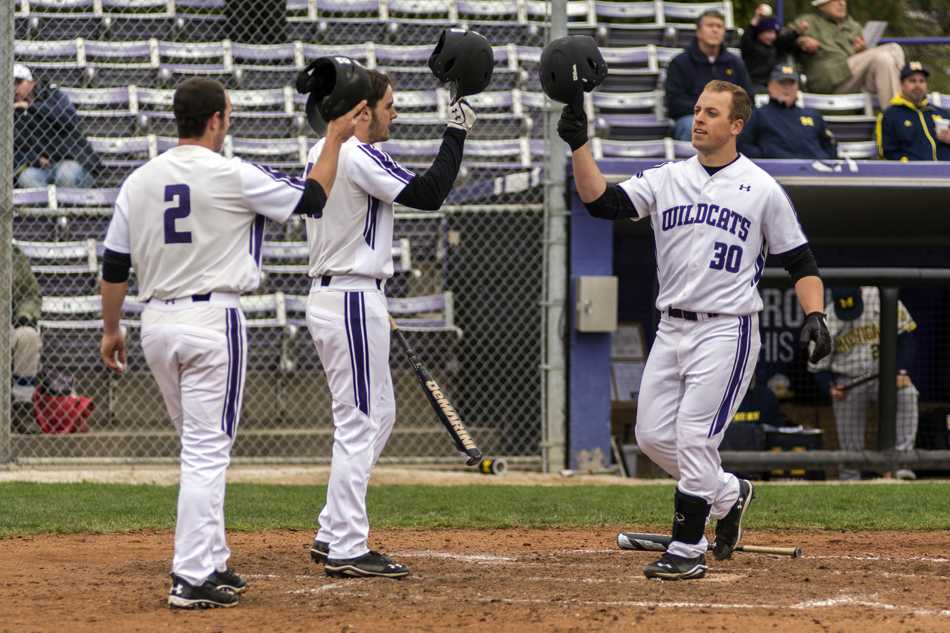 Illinois-Chicago has the flashy facilities, with newly built $10 million Curtis Granderson Stadium, but Northwestern was the flashier team in Wednesday’s meeting in Chicago.

The theme of NU’s effort was collectivity. Coach Paul Stevens called upon five pitchers, with none throwing more than two innings. At the plate, five Cats drove in runs.

“I liked what our guys were doing today,” Stevens said. “(UIC) is a team that’s won eight straight coming in here. They were on a roll.”

But NU responded, plating four in the third to take the lead.

With Friar set to start again Sunday for the Cats, Stevens sent senior Ethan Bramschreiber to the mound in relief for the third inning.

Bramschreiber tossed a pair of scoreless innings, and the Cats gave him some insurance with junior Scott Heelan’s RBI single up the middle in the fifth. Freshman left fielder Joe Hoscheit followed that with a 2-run home run to right field.

Hoscheit now has four home runs in his rookie season — easily enough for the team-high — and his hitting has improved throughout the season.

“I’m just finally feeling comfortable up there,” Hoscheit said. “I’ve been working with coach on my swing and making some adjustments, and they’re really working.”

What wasn’t as comfortable for Hoscheit was playing three different positions during Wednesday’s game. He started in left field, moved to first base when starting first baseman Matt Hopfner came in to pitch and then took the mound himself for a two-inning stretch.

“I’m not going to deny it, it is tough,” Hoscheit said. “You want to feel comfortable in your one position and be there every game, but with the injuries we’ve had, I’m just glad to do whatever it takes to be on the field.”

Sophomore center fielder Jack Mitchell put the Cats up 8-2 in the seventh inning with a deep home run to left field, recording his second RBI of the night.

Mitchell was held back by injuries during the first half of the season, but his health has held up lately as his bat has become a key contributor in NU’s lineup.

Mitchell has started the last seven games in center field and also had a pinch-hit, game-winning single two weeks ago against Chicago State.

Hopfner and Hoscheit continued the bullpen’s impressive work from the fifth to eighth innings. Hopfner worked a pair of scoreless frames, and then Hoscheit allowed one run, which was unearned.

Senior pitcher Jack Quigley struggled to put UIC away in the ninth inning but ultimately got the job done. The veteran allowed one run and put Flames on first and second with one out, but he retired the next two batters to avoid any further damage.