The Daily Northwestern • May 7, 2014 • https://dailynorthwestern.com/2014/05/07/city/evanston-residents-discuss-portrayals-of-race-in-theater/ 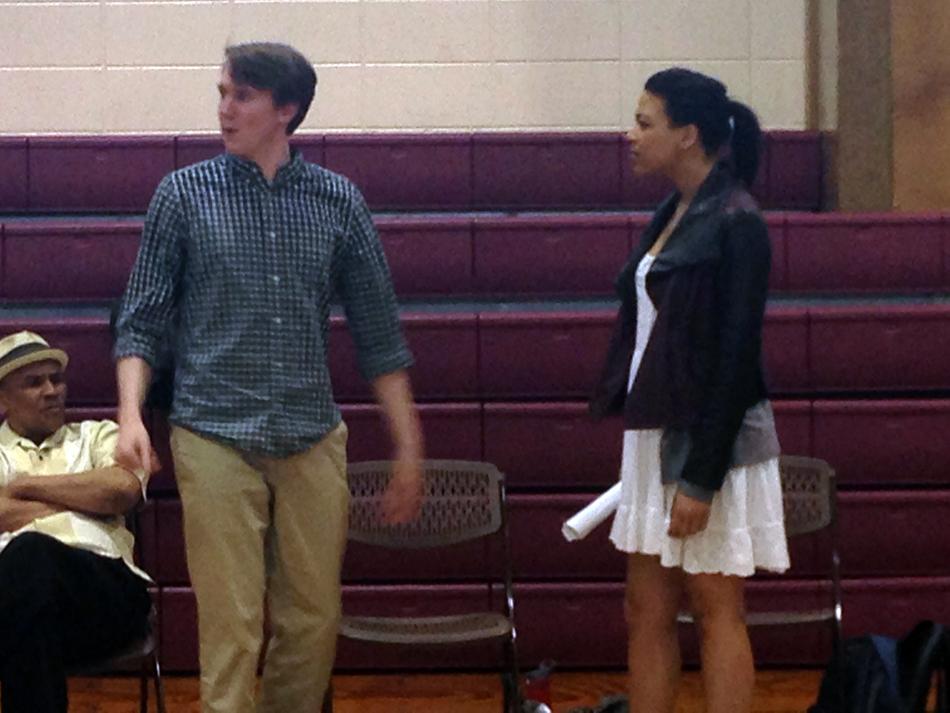 Northwestern students perform a scene from "Trouble in Mind," a play with characters who grow to better understand race and prejudice. The play is scheduled to run at the Louis Theater from May 16 to 25.

Northwestern students performed two scenes Wednesday afternoon from a play examining race in American theater for an audience of more than 20 people at the Fleetwood-Jourdain Community Center, prompting a discussion of race today beyond the stage.

Director Ron OJ Parson said he wanted to stage a production of the play in Evanston because of the city’s rich black history.

“That’s why we wanted to do this,” Parson said. “We want to show that it’s black folks up in here.”

The scenes performed Wednesday came from “Trouble in Mind,” a play that will run from May 16 to 25 at the Louis Theater.

“There are a couple of times when I get calls from actors today, and they say ‘Ron, they got me playing this maid.’ … This is 2014,” Parson said. “You go to some of these companies, and they are still doing these plays, and they think that’s a true portrayal of who we are.”

One actor, Communication junior Zachary Nicol, said his character deals with situations he will likely face in his own life after college as an actor expected to likely play these stereotypical roles. Nicol told The Daily his participation in this play is important to him because it deals with subject matter that should be discussed at NU. Theater has the power to raise issues and cause change, he said.

After the two scenes from “Trouble in Mind” were performed, Parson opened the session to audience questions and comments. A number of people spoke less about the play and more about current problems with race and society today.

One audience member talked about a movie in which a young black girl denied her racial identity, and no one tried to help her change this view. Suggestions were brought forth for a play adaptation of the story.

The time allotted for the performance and discussion was less than an hour, but Parson and others encouraged people to stay and talk to the actors afterward.

Everyone who attended the discussion will have the chance to attend the entire play for free on May 16, courtesy of NU, said Tim Rhoze, artistic director at Fleetwood-Jourdain Theatre.