Plan to stop invasive species in Lake Michigan is paused 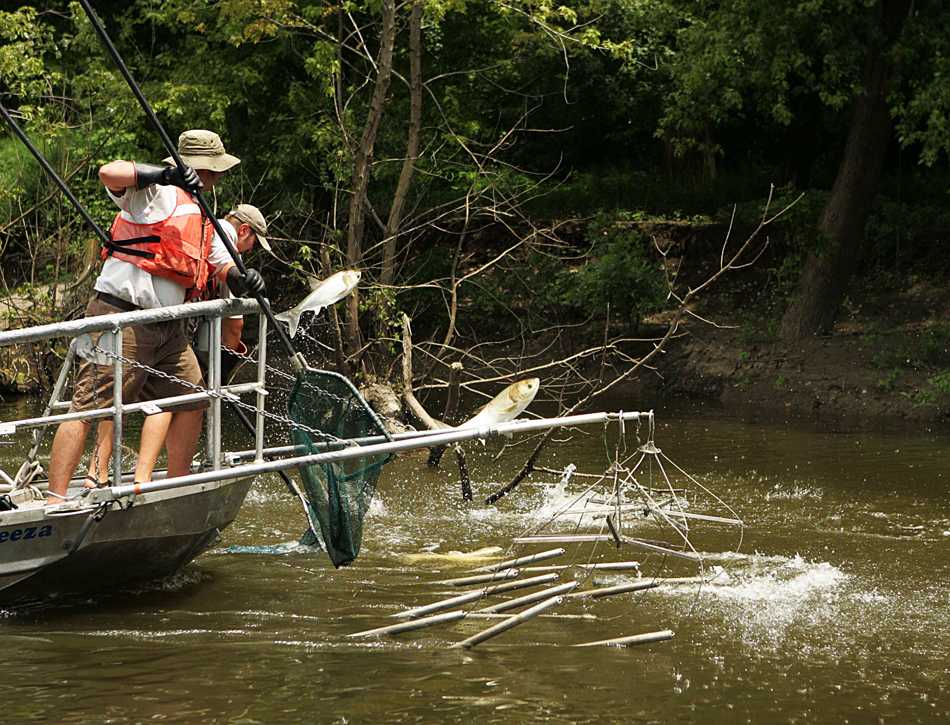 A January study looked into ways to stop invasive species, such as Asian carp, from moving between the Great Lakes and Mississippi River basins. The U.S. Army Corps of Engineers released a public comments summary on Monday, where it said it would wait to take action in the effort.

The U.S. Army Corps of Engineers will not be able to immediately address the movement of invasive species between the Great Lakes and the Mississippi River basins, according to a report released Monday.

In a summary of public comments released on Monday in response to the Great Lakes and Mississippi River Interbasin Study, the USACE said public input would be helpful in making decisions in the future, but it would have to wait for higher-up authorities to come to a final conclusion before moving forward.

“USACE will continue to work with … agencies as well as with non-governmental stakeholders to participate in collaborative discussions and provide input or technical assistance in advising solutions to control the spread of ANS (aquatic nuisance species), as authorities and funding allow,” the summary said. “However, until a clear consensus can be identified, USACE will await further direction from the Administration or Congress prior to conducting additional study efforts.”

GLMRIS, released in January, was originally conducted to look at alternative solutions to protect the Great Lakes, including Lake Michigan, and Mississippi River basins from aquatic nuisance species, which could transfer via waterways connecting the two basins.

Among the list of invasive species examined was Asian carp, a fish which local officials have attempted to deter with electrical barriers.The species has threatened Lake Michigan for decades as institutions like the Illinois Department of Natural Resourceshave tried various methods to prevent their entrance.

The summary details the almost-three month period of public comment after the GLMRIS report arrived in front of Congress on Jan. 6. By March 31, more than 1,600 comments had been submitted about GLMRIS, the USACE said.

“This document is intended to provide a synopsis of the public dialogue following the release of the GLMRIS Report, including opinion regarding possible future prevention actions,” said GLMRIS program manager Dave Wethington. “The comments submitted reflect passion about preserving valuable natural resources and the vitality of our shared waterways.”

Commentary on the GLMRIS report was received through a series of 11 public meetings, spanning from Minnesota to New York to New Orleans. People also submitted input through the GLMRIS website, mail and e-mail.

Responses came from individuals and campaign organizations, as well as local and state governmental agencies from 43 states and some Canadian provinces.

Of those who submitted public input, the summary said 40 percent of people voiced advocacy for a physical separation of the two basins as a way to solve the aquatic nuisance species problem. However, it also reported that another 35 percent supported an alternative that would continue to use the Chicago Area Waterway System,which connects the two basins and provides navigation, water supply and flood risk management.

This initial conversation would act as “a valuable tool for achieving momentum toward a collaborative path forward,” the report said. However, the great variance of opinions just highlighted the need for compromise and collaboration in successfully creating a strategy to control ANS.

“While a clear consensus among all interested parties could not be identified, a variety of common themes emerged,” the summary said. “A well-organized and passionate voice on behalf of the Great Lakes community communicated a strong and urgent will to continue to protect this natural resource from further damage by aquatic nuisance species.”