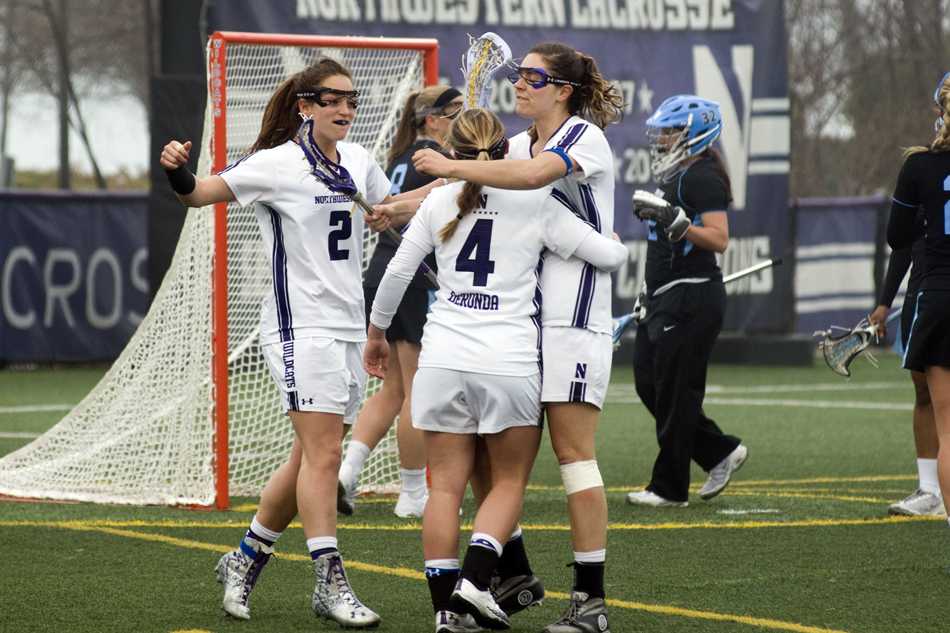 Despite the fact that Northwestern hosts the ALC Tournament this year, the Wildcats are in unfamiliar territory.

Seven-time tournament champion NU (10-5, 3-3 ALC) is the No. 3 seed this year, which puts the Cats at the bottom of the better half of the ALC pile.

Coach Kelly Amonte Hiller, appropriately enough, is erring on the side of caution this time around.

Alyssa Leonard ranks third in the country for draw controls so far this season, averaging almost eight a game, and holds the NCAA all-time record in that category, but Amonte Hiller is careful to point out Leonard can’t carry the team alone.

“If you win the draw, you can really control anything, and so that’s been a strength for us throughout my time at Northwestern. And Alyssa’s exceptional at it,” Amonte Hiller said after NU’s victory over Southern California at Wrigley Field. “We need to just make sure that we don’t get to the situation where we take advantage of her ability to be able to control it. We need to still play smart but capitalize on the opportunities that we have. We can’t just expect to have those opportunities all the time.”

Capitalizing on opportunities is key for the Cats in this year’s tournament, in which three of the team’s possible opponents, including No. 1 seed Florida and No. 2 seed Ohio State, beat NU by 1 goal.

The Cats start tournament play Thursday evening against No. 6 seed Vanderbilt (5-11, 2-4), which was one of NU’s more comfortable victories this season. The Cats took down the Commodores 15-9 back on April 10, which was the first game of the long home stretch the Cats have been enjoying.

The strategy NU adopted later this season — playing a possession game, running down the clock by being choosy with shots on offense — should do well against a spotty Vanderbilt. The Commodores do have threats, however, particularly on offense.

Vanderbilt has about the same shots-on-goal percentage as the Cats, and on average, both teams take around the same number of shots per game. Amonte Hiller stressed tight defense as a key to Thursday’s game.

“Vanderbilt’s a really strong team offensively. Draw controls are going to be key being able to lock up position there and being able to stop some of their weapons,” she said. “They move the ball very well. They’ve always been very good at that traditionally.”

Should they move past the Commodores in first round play, the Cats have two important factors on their side, aside from home-field advantage.

The first is history. NU has won the ALC Tournament championship game seven times in the past eight years, including a vengeful victory against Florida, who clobbered NU during the regular season, in 2013.

The second is the momentum the Cats have built up since the second half of this year’s game against the Gators, when NU stormed back to contend for a victory after trailing by 6 goals almost halfway through the second half.

The emotional high of the Wrigley game only boosted that energy, and Amonte Hiller said the ALC Tournament is prime time to convert that drive into results.

“I’m excited about our team right now,” Amonte Hiller said. “… I think that our kids have learned a lot of lessons. It’s just a matter of us taking that and putting it into practice on Thursday night.”

This week’s contest is the last ALC tournament, as the conference will disband next year. NU, Penn State, Ohio State and Michigan will join the newly formed Big Ten women’s lacrosse conference for its inaugural season in 2015.