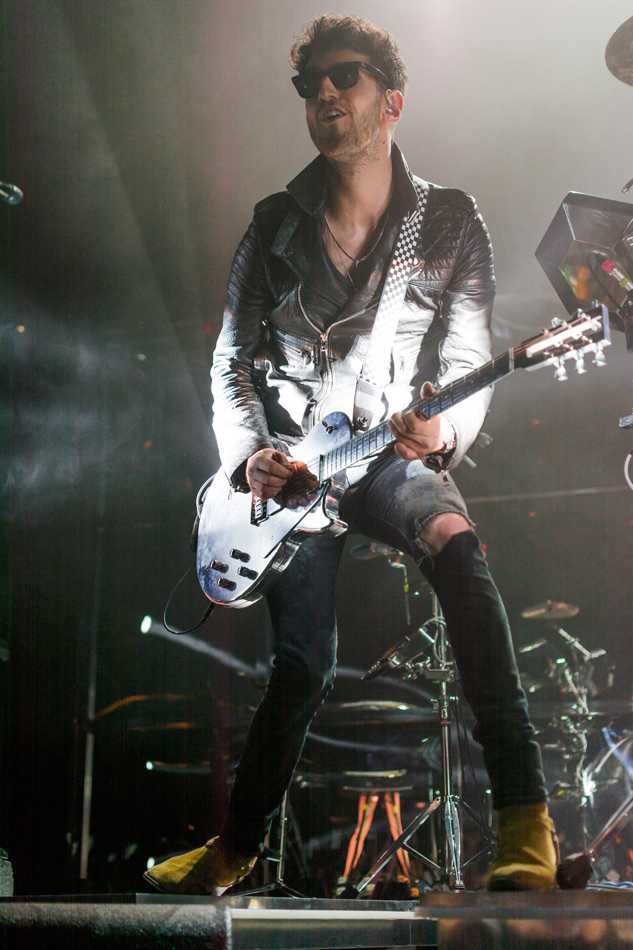 Northwestern students blew off some steam Friday in the midst of midterms by dancing with strobe lights and lots of electro-funk.

The duo Chromeo headlined the annual A&O Ball on Friday at the Riviera Theatre. Chicago rapper Vic Mensa opened the show. The performances each lasted about an hour.

A&O spokeswoman Shelly Tan said she enjoyed the show, which  exceeded her expectations.

“If you saw Chromeo’s Coachella set, then you knew that this show was going to be one you didn’t want to miss,” the Medill senior said. “I expected a great show, and I got an awesome one instead.”

The venue was divided into three sections, with most students crowding by the stage to be closer to the artists. Tickets were sold both prior to the event and at the door. Some students arrived too late to see Mensa open the concert, but still enjoyed the concert anyway.

“A lot of people missed the first opening act,” Weinberg sophomore Emery Weinstein said. “But I really enjoyed it. Everyone was dancing as opposed to just sitting. It was just a feel-good concert.”

Throughout the show, both artists interacted closely with students.

Mensa showed pride for his hometown of Chicago and encouraged audience participation.

Chromeo took the stage about a half-hour after Mensa finished his set and had the crowd dancing from the beginning of the performance.

Chromeo’s Dave 1 spoke to the students in between songs to ensure they were enjoying the concert. He shouted phrases such as “Pregame!” and “Can we get sexy for a minute, Northwestern?” The audience clapped along with the loud beat of familiar tunes and engaged with the duo during some of the new songs from their upcoming album.

Chromeo’s new album “White Women,” which will be released in May, features their single, “Jealous (I Ain’t With It),” along with other collaborative efforts with Vampire Weekend and Solange.

The concert ended at about 10 p.m. after Chromeo thanked NU for inviting the duo to perform.

“Both Vic Mensa and Chromeo absolutely killed it,” Tan said. “A&O knew going in that both artists are great live, but it’s always a different experience to be in front of them and watching them perform. Couldn’t have asked for more from them.”