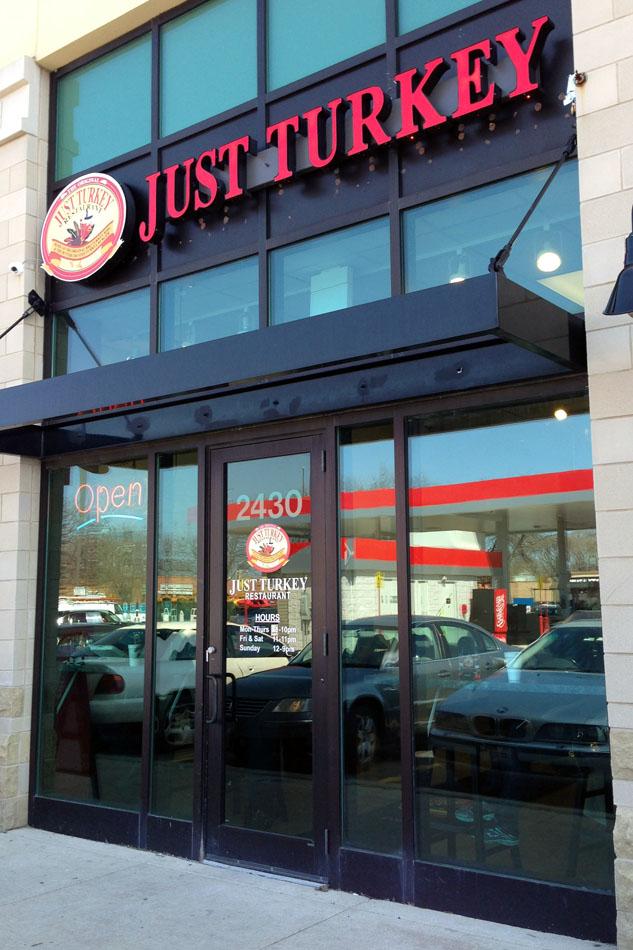 Evanston residents who enjoy barbecue flavor and something healthier to gobble may have just the spot in the 2nd Ward.

Chicago-based Just Turkey Restaurant opened over the weekend at 2430 Main St. to serve residents everything turkey. The menu consists entirely of turkey products, including burgers, ribs and sandwiches.

“It really is just turkey,” said Ginger Maddox, owner of the Evanston branch of the franchise.

Just Turkey first opened in Chicago in 2008 by two brothers with the intention of providing the community with an alternative to fatty meats like beef and pork. Along with the newest location in Evanston, the restaurant also has four Chicago-area storefronts and another in Georgia.

Maddox said the restaurant prides itself on the freshness of its food — everything served is made on location.

“We’re not like some fast food places where they take a frozen patty and throw it on the grill,” she said.

Maddox, who is also a full-time producer at CBS 2 Chicago, said she always had a nagging desire to venture into the food business. Once she had her first bite of food at Just Turkey, she said she was hooked and decided to set up a restaurant in Chicago’s Edgewater neighborhood.

Just three months after the opening in Edgewater in January 2013, Maddox discovered the majority of her clientele was from Evanston, where she herself grew up. She was approached by several of her customers about opening a restaurant in her hometown, but initially dismissed the idea for fear of spreading herself too thin, she said.

In the beginning of 2014, she realized it would be a better economic investment to move her location to Evanston — an impulsive decision she said she does not regret.

With the help of Ald. Peter Braithwaite (2nd) and economic development coordinator Meagan Jones, Maddox was able to find an Evanston location for Just Turkey. Jones said she helped Maddox through the legal matters, including obtaining a special use permit and getting approval from the Zoning Board of Appeals and City Council.

Jones said she will continue to be involved with Just Turkey to ensure its success in Evanston.

“We try to help get the word out about new businesses that have opened,” she said. “We still try to do a little bit in making the restaurant have some publicity.”

Jones and Braithwaite both supported the restaurant’s move because of its unique feel. Despite the variety of food in the city, Jones said Just Turkey offers something new.

Maddox said Just Turkey offers the best flavor and affordability. Even though the food might take slightly longer to make than pre-packaged products, Maddox said those chains won’t be able to beat her restaurant’s freshness.

“You don’t have to give up the things that you like,” she said. “We respect your money. We can still make it healthy, and it’s good food.”

The restaurant has delivery, sit-down service and catering.