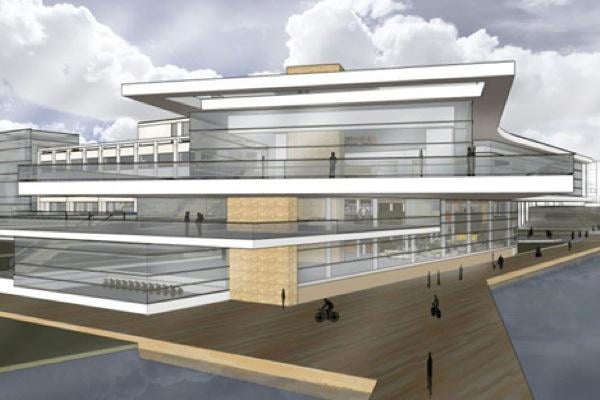 Northwestern is planning to renovate Norris University Center, as depicted in this illustration. The University announced on Tuesday the architect it had selected for the project.

Northwestern announced on Tuesday the architects who will be responsible for designing the University’s new student center.

NU chose Ennead Architects of New York from four finalists after a series of interviews were conducted and a committee analyzed the firms.

Associated Student Government president Ani Ajith said Ennead stood out among the other candidates, noting the other firms the committee looked at were “some of the top architectural firms in the world.”

“At the end of this, Ennead was kind of the clear choice of the committee because of their experience and the way they presented their vision,” Ajith said, ” For how they would not only go about building this building but engaging with the community in order to really make sure that this building reflects not only who we are but who we want to be and where we want to be over the next several decades.”

Ajith said moving forward, several focus groups will be held among community members from across NU to put together the final design.

The new student center is predicted to be 80,000 square feet larger than the current Norris University Center and will include more meeting areas and a larger multipurpose room.