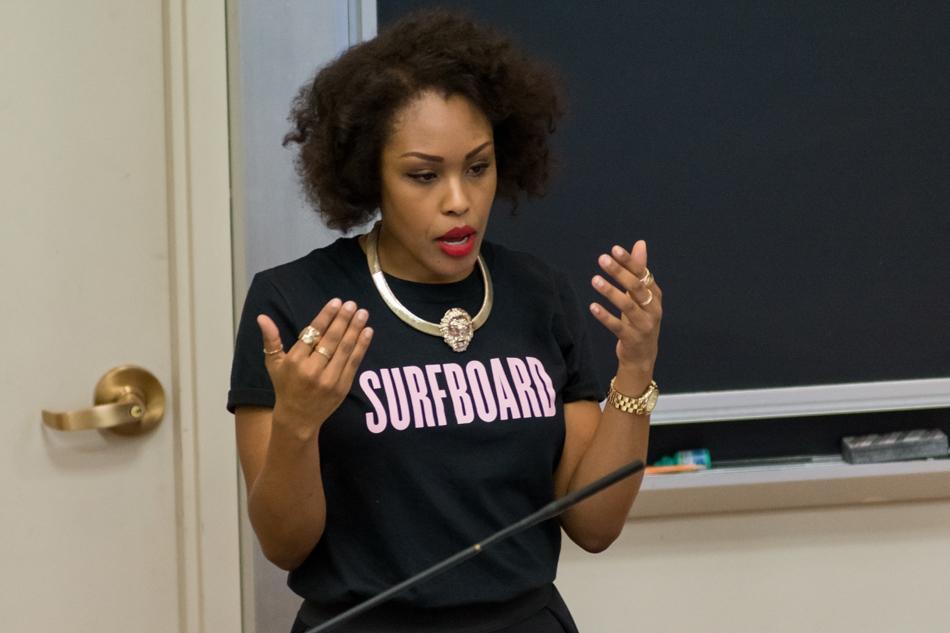 Northwestern Sex Week is back, and this year, Beyonce made an appearance. Kara Brown, a writer and blogger from New York City, discussed Beyonce and feminism with a small crowd Wednesday evening in Fisk Hall.

The presentation, called “Partitions, Patriarchy and Rocket Sex #Beyonce,” was the headlining event of Sex Week, addressing the controversy surrounding Beyonce’s role as a feminist.

“A woman can do something feminist without necessarily framing herself as a feminist,” she explained.

Brown did not consider herself a feminist while in college, and it wasn’t until she discovered the online world of feminist blogs and websites that she adopted the definition.

Feminism is not a single interpretation, nor is it a snap decision, Brown said. A person has a better chance of waking up flawless than waking up a feminist. It’s a process, and it requires a better understanding of feminism.

From “Partition” to “Pretty Hurts,” Brown argued that Beyonce is giving the world a more inclusive form of feminism. She’s backed by an all-female band, and female backup dancers dominate her stage. She addresses women in her songs, she incorporates female sexuality into her work and she represents feminists of color.

“She’s talked about the same idea for a while. This is just the first time she’s put a feminist label on it,” Brown said.

With the recent release of Beyonce’s self-titled visual album, a dialogue has emerged, and the critics have weighed in. Some say Beyonce is oppressing herself by proudly displaying her body and including sex-heavy lyrics in her songs. They claim she cannot be a feminist because she says certain things and looks a certain way. Brown disregards these critiques as one-dimensional.

“Sex doesn’t have to look one way,” she said. “(Critics are) just looking for ways to exclude people.”

And if Beyonce calls herself a feminist, then Brown doesn’t need proof to believe her.

“I don’t need to see the receipts … I trust that when someone says she is a feminist, she is,” Brown said.

Like Brown, many in the room were interested in the idea of feminism, sexuality and of course, Queen Bey. Sex Week’s co-director and Communication senior Kyra Jones explained that presenting the topic through Beyonce’s lens would help people grasp the idea of sexuality and feminism in the pop-culture context.

Brown argued that by claiming feminism, Beyonce is championing black womanhood and connecting all women as a whole, just as she is portraying the many different representations of a woman’s sexuality.

“It’s the importance and value of women being able to share and to embrace all sides of themselves,” Brown said.