Race a potential factor in support for Northwestern unionization 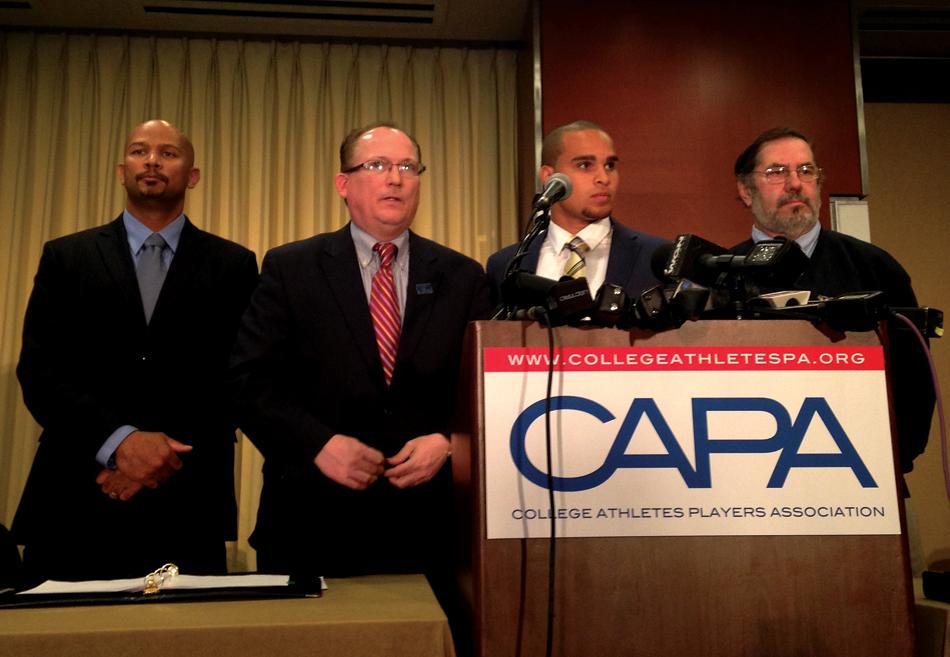 The unionization movement headed by Kain Colter, Ramogi Huma and others has divided public opinion. Recent data suggests a racial divide in how the issue is perceived.

On March 22, the Washington Post published the results of a poll they conducted with ABC News on public opinion about the rights of college athletes.

Prompted in part by the ongoing Northwestern football unionization movement, the survey found high opposition for paying players and split opinion about their right to form a union. It also captured a disparity in how different racial groups view these issues.

According to the poll, 64 percent of all adults oppose payment beyond scholarships (as opposed to 33 percent who support). That figure includes 73 percent of whites but only 46 percent of non-whites. In fact, more than half of non-whites polled support paying players.

Meanwhile, the question of whether players should be allowed to unionize broke down exactly evenly overall — 47 percent support, 47 percent oppose — but decidedly less so when divided by race. Just 38 percent of whites supported unionization, compared to 66 percent of non-whites.

That polarization came as no surprise to Kevin Blackistone, a sports columnist, television personality and University of Maryland journalism professor.

“Black folks much more easily identify with the majority of the athletes in these revenue-generating sports of football and men’s basketball,” Blackistone (Medill ’81) told The Daily. “They have a more emotional understanding, political understanding of the mechanisms of college athletics.”

Sociology and African American studies Prof. Aldon Morris, who studies race and social protest, thinks socioeconomic status is a primary cause for the apparent racial divide. White people who come from privilege are more likely to sympathize with managerial interests like the University, whereas black people better relate to working-class perspectives, in this case the players, he explained last week.

Through years of teaching, Morris has also observed a difference in worldview between white and black students.

“(White students) want to think of the University as a kind of cozy place, an embracing kind of community that they love to be in, that they will be proud of,” Morris said. “They usually don’t see universities as large corporations involved in profit-making. For them, to think of athletes as workers, as employees goes against their view of the benign, embracing culture and mission of their university.”

The divide appears to exist in the media as well, perhaps even more dramatically.

Blackistone says he has not seen a single black writer harshly criticize the unionization cause, and many with public platforms have loudly expressed support for players’ rights.

And while many white media members vocally support unionization and pay-for-play — ESPN’s Jay Bilas, for example, is a poster child for NCAA reform advocacy — more than a few have stated their opposition.

The Washington Post’s Sally Jenkins drew particular rebuke for her March 29 column questioning the merit and plausibility of the unionization effort.

ESPN columnist and television analyst J.A. Adande spoke to The Daily about the racial breakdown of unionization support last month. Adande expressed sentiments similar to Blackistone and Morris and also brought up stereotypes of “uppity” or ungrateful black people.

“Other black people are going to be more sympathetic to the fact they see people who look like them being exploited,” Adande (Medill ’92) said. “There’s African American sympathy for that that just doesn’t exist in the white community. And apparently there’s white resentment for the fact that these pampered, spoiled athletes aren’t happy with what they have.”

Adande, Blackistone and Morris all discussed the idea of exploitation. American history, Adande noted, has been a tale of black people “supplying the labor at free or reduced rates.”

Given that history, blacks are more likely to view the athlete-university relationship as unfair, Blackistone said.

“I see this as an issue of exploited labor,” he said. “I see it as an issue of sports that are predominated by black males, producing tens of millions of dollars of revenue for an institution that is primarily controlled by white males, who become the greatest beneficiaries of that labor.”

But asked in February, shortly after the NU union was first announced, about variation in response along racial lines, Huma said he had observed no such thing.

“I’ve never had any indication of (a racial divide),” he told The Daily. “When the Northwestern players signed, basically every player signed. It wasn’t split across racial lines at all. This issue is not about race. This issue is about greed. That’s the important color in this whole argument: It’s not black or white, it’s green.”

Tim Waters, political director of the United Steelworkers, which has backed the unionization movement throughout, worded his feelings more strongly.

“This is the farthest thing from a racial issue. This is not an issue of race,” he said last week. “If somebody out there is trying to make this a racial issue, then shame on them.”

Morris said the racial divide in recent data is explained by perspectives on social injustice. Those who have experienced unfair situations are more likely to perceive similar circumstances elsewhere and sympathize with those they see as getting a raw deal.

“The greater support that you see in the black community for the players has to do with a view about inequality in this society,” Morris said. “It’s not just a struggle for the black athlete. Because of the peculiar historical and contemporary circumstances, they’re much more likely to be at the forefront of those types of protests.”