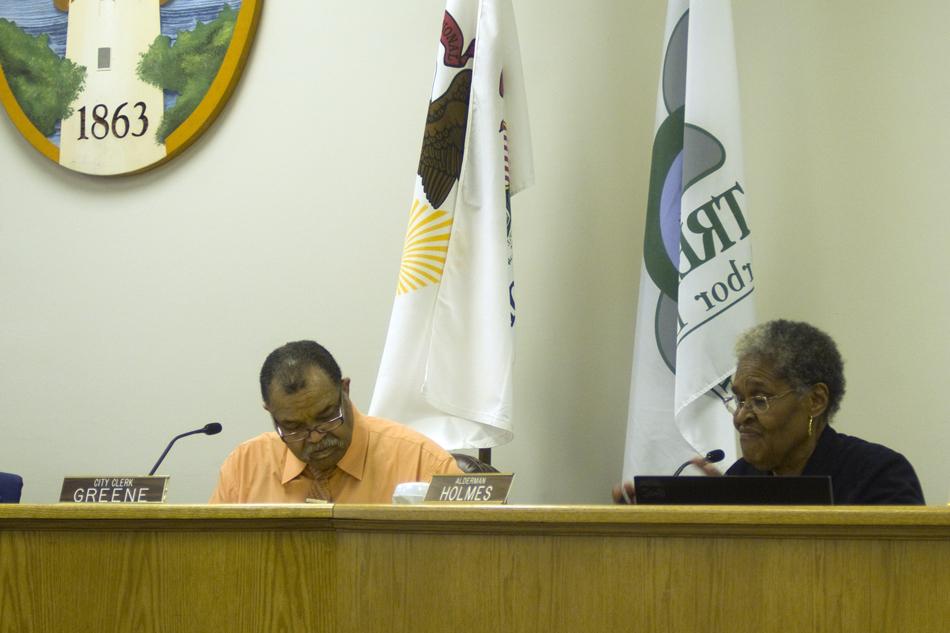 Ald. Delores Holmes (5th) speaks to City Council and recommends the city end its relationship with Community Animal Rescue Effort. The council voted 4-2 to terminate the partnership with the nonprofit.

At a heated and tense meeting, City Council moved Tuesday night to end Evanston’s relationship with Community Animal Rescue Effort, ordering the organization to end its work at the city’s animal shelter.

“To put the community through any more discussion on this topic would be cruel,” Ald. Mark Tendam (6th) said.

Aldermen voted 4-2 to discontinue the city’s partnership with CARE. City manager Wally Bobkiewicz will work with CARE to vacate the shelter by May 9, as well as start the search for a volunteer organization to replace it.

The vote follows a Human Services Committee meeting Monday night in which Ald. Delores Holmes (5th) and the other aldermen on the committee recommended City Council cease negotiations to mend the relationship between the group and Evanston.

Holmes said CARE’s unwillingness to communicate and compromise with council convinced her to vote against allowing the organization to remain in the shelter.

“If they don’t want to negotiate, I don’t understand how we can make them do it,” she said. “We asked them several times.”

Although many other actions appeared on council’s agenda, the bulk of the 30 residents who signed up for citizen comment shared opinions on CARE’s relationship with the city. Many were CARE’s board members and volunteers.

Alisa Kaplan, a canine crew manager at CARE, said the city should find a new organization to run the shelter, citing CARE’s high euthanasia rates in the past.

“We don’t believe that our dogs are more dangerous than those in other communities,” she said. “We are excited for this new agreement and what it would mean for the future of the animal shelter.”

Concerned volunteers began questioning CARE’s practices in 2012, especially its canine euthanasia rate, which was about 45 percent at the time.

Alds. Ann Rainey (8th) and Coleen Burrus (9th), the two who voted to continue to work with CARE, said blame should be placed on both sides of the relationship. The city, Burrus said, should acknowledge some responsibility for the problems at the shelter.

Prior to the vote, Rainey encouraged the council to not give up on CARE. She said it was worrisome the city didn’t have an organization lined up to immediately take over the animal shelter from CARE.

“The city will be in serious trouble if we eliminate all contact with CARE,” Rainey said. “I think everyone can make error to judgment, but I don’t think that positions the organization from top to bottom. We’ll all be sorry when we make this move.”

Despite these concerns, many aldermen and residents said they believed there would be groups readily available to replace CARE at the animal shelter.

Although leadership will be changing, the volunteers at the animal shelter will continue to be a constant, Evanston resident Virginia Mann said.

“The many volunteers are there because they care about the animals. They won’t disappear,” she said. “This is a tremendous opportunity to have a shelter that will be more reflective of the values of the community.”