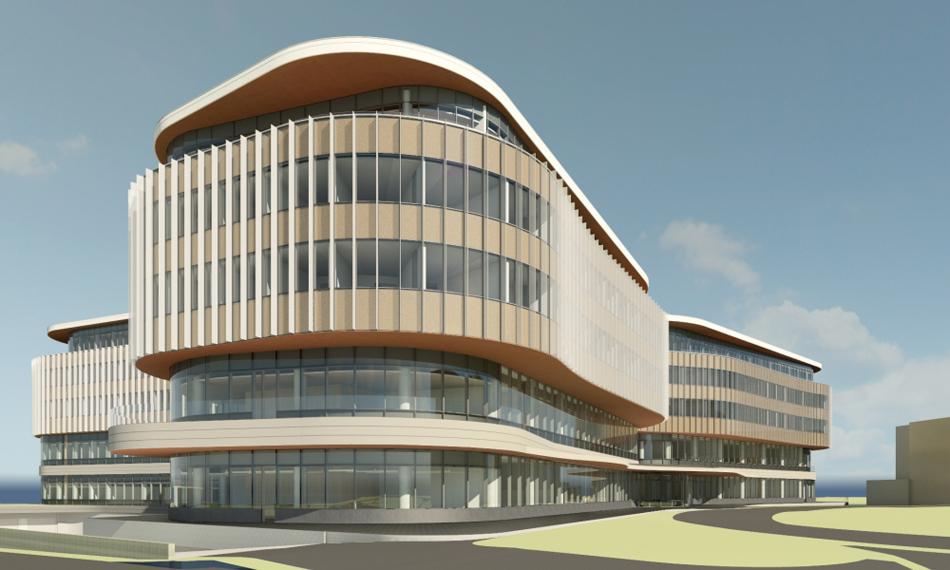 A rendering of the proposed design for a new Kellogg School of Management building at 2211 Campus Drive. The building’s plans were presented again at a meeting of Evanston’s Site Plan and Appearance Review Committee on Wednesday afternoon at the Lorraine H. Morton Civic Center.

A group of Northwestern representatives presented a final report to the city Wednesday afternoon detailing construction plans for a new building for the Kellogg School of Management.

NU’s director of design and construction Bonnie Humphrey and senior project manager Tom Arey were among those who presented the report to the Site Plan and Appearance Review Committee meeting at the Lorraine H. Morton Civic Center.

The new building at 2211 Campus Drive, which will overlook Lake Michigan, will house the Weinberg College of Arts and Sciences Department of Economics and the full-time Kellogg MBA program.

Approximately 415,000 square feet, the six-floor facility will be made primarily of glass and stand at 81.6 feet, similar to the height of other NU buildings, project representatives said. About 2,000 members of the NU community will use the building, which will primarily be for University use and not for public events, representatives said.

Mark Muenzer, the city’s director of community development, asked the presenters about sustainability within the project. Arey gave Muenzer several examples, including means to heat and cool the building.

“We have a geothermal field,” Arey said. “We’re using the Earth to heat and cool as our primary source of the building.”

Presenters said they are hoping to acquire an offer from a contractor by the end of the month and that a portion of the project would begin in the summer. They said they were unsure about the number of jobs that construction would create.

During the meeting, representatives went through a slideshow showing floor-by-floor plans. One notable feature of the building will be stairs used primarily for seating, a feature that has been popular in other buildings.

Construction, according to a university website, is not scheduled to be completed until 2016 but is anticipated to begin this year. Representatives reiterated that start date during the meeting.