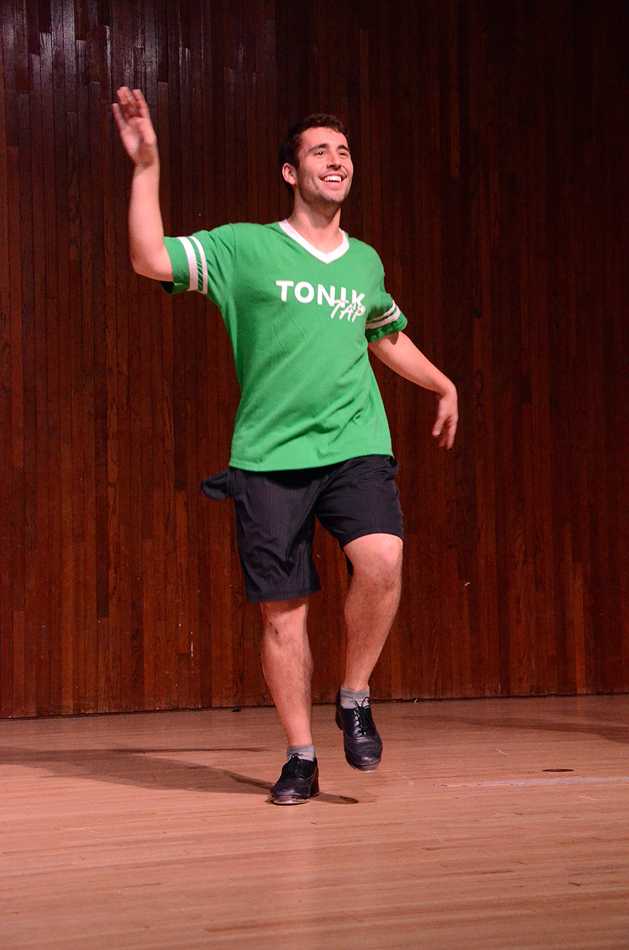 Communication junior Aric Barrow performs with Tonik Tap at NU’s Got Talent in McCormick Auditorium Wednesday evening. The show was put on by Northwestern to Benefit Special Olympics.

Northwestern music and dance groups performed Wednesday night in Norris University Center as part of “NU’s Got Talent,” an annual show put on by NU’s chapter of Special Olympics.

The group, Northwestern to Benefit Special Olympics, connects Special Olympic athletes with students. The funds raised from ticket sales of the talent show will go toward the group’s May event, Young Athlete’s Day, when Special Olympics athletes aged two through seven come to NU and participate in organized activities.

The show featured NU football players Jeff Budzien and Austin Carr as hosts, and it was judged by football coach Pat Fitzgerald, Josh McKenzie of the Office of New Student and Family Programs and Special Olympics athlete Peter Lindquist.

“It’s so sweet of the Northwestern students who help out Special Olympics because people with special needs can easily get extremely lonely,” Lindquist said. “It’s a good thing that there are such kind people.”

The lineup included Steam Heat, who danced to “One Night Only,” a cappella group Extreme Measures, hip-hop dance team ReFresH, Tonik Tap, Graffiti Dancers and Boomshaka. After convening, the judges deemed ReFresH the winner of the talent show.

“I was involved in Special Olympics as a coach growing up,” said coordinator and Weinberg junior Jenn Murphy. “So I’m happy to be involved with the group. We have an amazing lineup this year.”

After each group’s performance, the judges gave comments. Lindquist’s remarks drew laughs from the audience.

“Tapping the floor as if it were a drum is also something I enjoy doing in my spare time,” he joked after Boomshaka’s percussion performance.