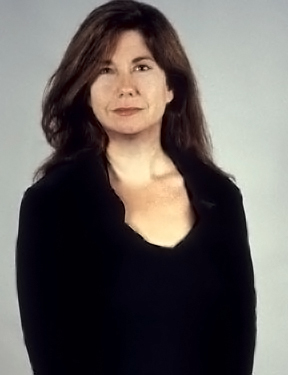 Performance studies Prof. Mary Zimmerman's latest play “The White Snake” will open in Chicago on May 3 at the Goodman Theatre. The three-time NU alumna is a Tony Award winner and has directed theater productions in Milan, Italy and New York City.

Since last July, performance studies Prof. Mary Zimmerman has slept in her apartment for a total of four weeks.

Zimmerman (Communication ’82, ’85, ’94), the Jaharis Family Foundation Chair in Performance Studies at Northwestern, directs and produces shows in different parts of the world. Her most recent play, “The White Snake,” will make its Chicago debut at the Goodman Theatre on May 3.

“When you go into a life in the theater, the last thing you imagine is how much on the road you’re going to be,” she said.

Zimmerman usually writes and directs plays rooted in literature she read during her childhood. One of her plays, an adaptation of Ovid’s “Metamorphoses,” began as a production at NU and won a Tony Award in 2002. Zimmerman also received a MacArthur Fellowship in 1998.

She said she finds it exciting to work with texts that are difficult to adapt to the stage.

“The White Snake,” based on an old Chinese tale, is one example of this challenge. Zimmerman had to discern ways to represent the two main characters, both of whom are snakes. She used parasols, long tails and puppets to do so.

“What’s so wonderful about the stage is that it’s essentially always a limited black box,” she said. “You have to figure out how that box can contain the whole world.”

Zimmerman attended NU for both her undergraduate and graduate degrees. Weeks before finishing her final dissertation, she was hired by the performance studies department, which eventually became a permanent position.

By then, she had already begun working with two Chicago theater organizations, the Goodman Theatre and the Lookingglass Theatre Company, both of which she is still involved with.

“I feel like I have a great triumvirate association in Chicago,” she said. “They all fulfill me in different ways and fulfill different things.”

Roche Schulfer, executive director of Goodman Theatre, has worked with Zimmerman for about 20 years. He called her “one of the most highly regarded directors in the country.”

“She’s created her own aesthetic in the theater by her ability to adapt classic, iconic works into stage productions,” Schulfer said.

For the past five to six years, Zimmerman has directed operas and said she hopes to continue that as well. Between her roles writing and directing “The Jungle Book,” which closed October 2013, and “The White Snake,” she has directed “Lucia di Lammermoor” at La Scala opera house in Milan, Italy and “La Sonnambula” at the Metropolitan Opera in New York.

With so much time away from NU and Chicago, Zimmerman said she feels disconnected, and being on the road has weakened friendships.

“When you’re doing a show, the feeling of belonging and community is very, very strong,” Zimmerman said. “It’s very intoxicating and seductive to a lot of us. But then, paradoxically, you just abandon it over and over and over.”

However, Zimmerman’s friends said their connections have remained strong. Natsu Onoda Power (Communication ’96, ’99, ’05), a former student of Zimmerman’s, has known the director for more than 20 years. Now an assistant professor at Georgetown University and a theater director in Washington, D.C., Onoda Power said she and Zimmerman still exchange emails daily.

“She has become my mentor in so many ways, not just in work but in life,” Onoda Power said.

With so many years of experience behind her, Zimmerman has no intention of stopping.

“I just hope that I can continue to feel almost as desperate as I usually feel when I’m making a show, that it feels urgent and important to me and is a beautiful, profound experience,” she said.