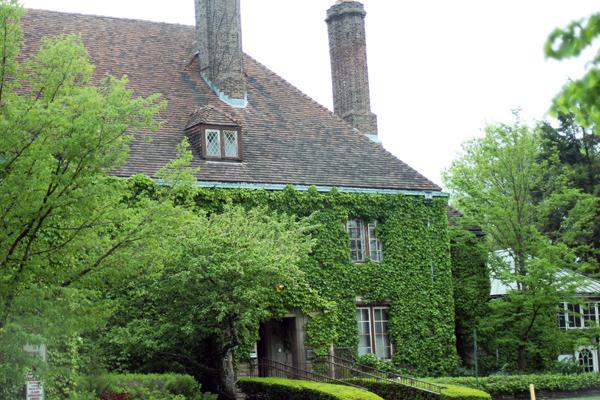 Daily file photo by Hillary Back

The Illinois Department of Natural Resources plans to turn the Harley Clarke Mansion, which currently houses the Evanston Art Center, into a coastal education center. The arts center is currently looking for a new space.

The Illinois Department of Natural Resources is providing more detail on its plan to move into the Harley Clarke Mansion, the latest chapter in the years-long debate over the aging landmark’s future.

In a prospectus posted March 17 on the city’s website, the department said the lakefront building would be an ideal location for its Illinois Coastal Education Center, envisioning an “interactive, centrally located educational facility for visitors of all ages to learn about the Illinois coast, Lake Michigan and the Great Lakes.” The center would also offer a “Coastal Science classroom” for regional students and a gathering area for the public.

The prospectus lists 17 ideas for displays and exhibits, including fish tanks with local species and aerial photos of the shoreline over time.

The department sees itself partnering with other institutions that could benefit from the Illinois Coastal Education Center, including the National Oceanic and Atmospheric Administration, the U.S. Geological Survey and Northwestern, according to the proposal.

Ald. Jane Grover (7th), whose ward includes the mansion, 2603 Sheridan Road, said she has heard no negative feedback on the prospectus. She said the proposal appears “really compatible with the community’s expectations” for a use that draws more residents to the lakefront with amenities and programming.

The city first heard about the department’s interest in the mansion in October 2013, about three months after aldermen rejected a controversial bid for the property by Evanston billionaire Jennifer Pritzker. Pritzker had proposed turning the building into a boutique hotel, angering neighbors concerned about Evanston’s commitment to preserving its lakefront.

The department’s pitch for the mansion came as a surprise to city officials who at the time were debating whether to finance various repairs to the building so the Evanston Art Center could stay in it. The center rents the mansion from the city for $1 a year, an agreement intended to boost the art scene.

In February, City Council’s Human Services Committee voted to end the art center’s lease, evoking an eviction clause to give it 240 days to leave the building. A week later, Council decided to extend that time frame to Jan. 31, 2015.

“For us, we’re just working toward that date,” said Norah Diedrich, executive director of the art center. “We need space to work out of. We’re combing the area to try and find something.”

Last month, the art center hired a real estate firm to help look for a roughly 30,000-square-foot building in the Evanston area, Diedrich said. The firm, Riverwoods, Ill.-based Podolsky|Circle, did not immediately respond to a request for comment Wednesday afternoon.

Meanwhile, the art center is offering programming through December as it does every year, Diedrich said. It is also preparing to celebrate its 85th anniversary in October.

Diedrich said she is confident the art center will find at least a temporary location by the end of the year.

“We’re excited about it,” she said. “It’s kind of an interesting way to develop a new audience.”

There will be more opportunities for public input regarding the fate of the mansion later this spring, city spokeswoman Erika Storlie said.