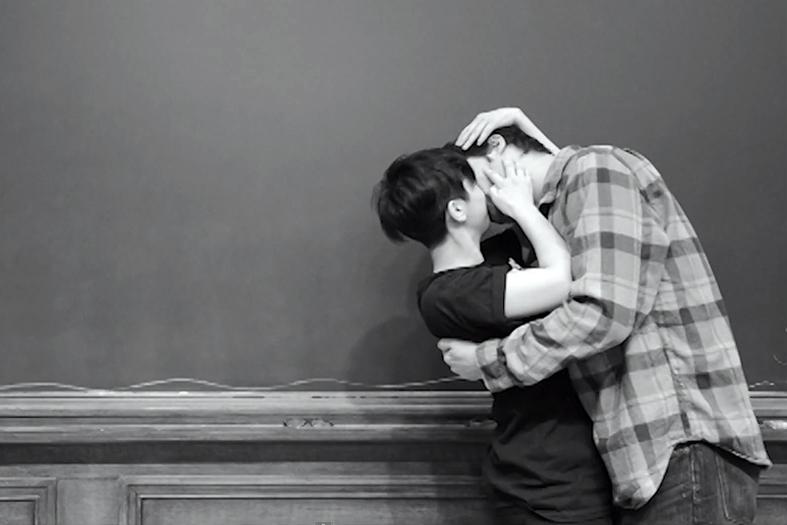 The week, running from April 7-12, will include several events focused on spurring discussion about issues surrounding sex and increasing communication on sexual education. In the video, which launched March 19 as part of an effort to spread awareness about the event, participants were asked to kiss a stranger for the first time. The idea was based on an ad produced by the clothing company WREN, which received more than 70 million views on YouTube.

“It gave me all these warm fuzzy feelings when I saw the original video, and then I heard it was an ad for a clothing company, which made me feel a little bit betrayed. And also everyone in the video was stereotypically attractive,” said Medill junior Caroline Hetzel, co-director and publicity chair for Sex Week. “We made sure to have people of different races, abilities, sexualities, genders — we tried to be very inclusive with our video.”

Sex Week co-director and Communication senior Kyra Jones, said more than 100 people signed up to participate, but it was difficult to match everyone with someone they had never met.

Jones, who also appeared in the video, said she had mixed emotions during the actual filming of the kiss.

“I didn’t think I would be nervous, but I was,” she said. “It was awkward until your lips meet, and then at least for me it was like a familiar feeling.”

Communication sophomore Alex Zukoff, who is also performing in the NU Burlesque Show as part of Sex Week, said he was excited to participate in the video and thought it was an effective idea.

“I think it’s the kind of thing that really breaks down a lot of the social anxieties and stigmas that we attribute to interacting with strangers in intimate ways,” Zukoff said. “It was not awkward, not uncomfortable for me.”

Students planning Sex Week decided to use the video as a promotional element because many individuals, having seen the original ad, were interested in the idea and wanted to both watch and participate in it, Jones said. This spurred greater awareness for the speakers and programs featured during the week.

Sex Week’s headlining event will include Partitions, Patriarchy and Rocket Sex, held on Wednesday, which will involve a talk given by blogger Kara Brown about Beyonce and feminism. During the speech, Brown will discuss how Beyonce’s latest album challenges traditional conceptions of feminism and “the role of sex and sex appeal in feminism.”

Other highlights include an event called Escape from the Friend Zone with blogger Dave Futrelle and SexFest, a program with trivia games and prizes meant to balance out the several educational talks given through the week, Hetzel said.

“We want to make sure that there’s an event that anyone could be interested in,” Jones said. “They’re really relevant. We tried really hard to tie it to current events that are happening.”

Jones said this year, Sex Week is collaborating with several campus groups for the first time.  The Department of African American Studies will co-sponsor the Beyonce event, and WNUR radio program “Streetbeat” will co-sponsor an event about queer dance music.

The primary goal of Sex Week is to create a campus-wide dialogue about sex that is accessible to everyone, Hetzel said.

“The mission of Sex Week is to get students talking about sex and have a discussion of issues that people might not usually talk about,” she said. “I think it’s important to have an awareness of sex education and all of the issues surrounding sex because college students are exploring that at this time in their lives. We just want to keep everyone in the know, and it’s something you can choose to actively participate in or not.”