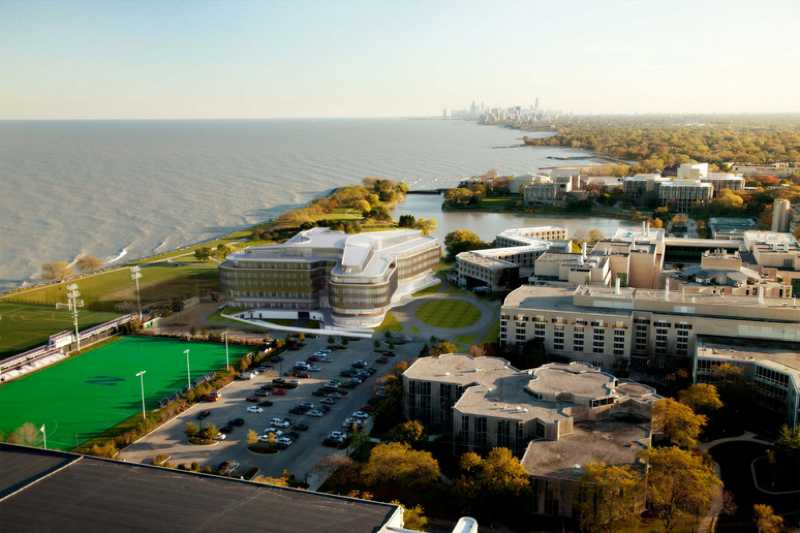 A rendering of Northwestern's plans for North Campus, including new buildings for athletics and the Kellogg School of Management. NU will announce Friday a $3.75 billion capital campaign to support its 2011 strategic plan.

Northwestern will launch Friday a multi-billion dollar campaign to support initiatives across the University, from research, renovated facilities and scholarships to global efforts.

NU has already raised $1.52 billion, more than 40 percent of the $3.75 billion goal for “We Will. The Campaign for Northwestern,” which will support the goals outlined in the University’s 2011 strategic plan, “Northwestern Will.” The three-campus campaign will kick off with events Friday afternoon on the Evanston and Chicago campuses. The funds raised so far include contributions from more than 85,000 donors. The campaign is NU’s largest fundraising effort to date.

“This monumental campaign seeks to amplify Northwestern’s local and global impact — in everything from breakthrough research discoveries to innovations in creative expression to preparing the global leaders of tomorrow,” University President Morton Schapiro said in a news release. “We will unite as a university community to build an even better Northwestern and to address society’s most critical challenges.”

A steering committee, led by the eight co-chairs, will meet each quarter to review the progress of the campaign and to discuss donors and other subsequent events.

Schapiro told The Daily that after the campaign goes public on campus this weekend, he has smaller launch events planned in major cities around the country and the world, including Los Angeles, San Francisco, New York, Boston, Washington, D.C., and London.

Friday’s Evanston kickoff will take place in Pick-Staiger Concert Hall at 2:30 p.m. and will feature Philosophy Prof. Sandy Goldberg and Associated Student Government president Ani Ajith as speakers. A launch will simultaneously take place on the Chicago campus at the Hughes Auditorium in the Robert H. Lurie Medical Research Center.

The campaign has four components, to match the four pillars of the strategic plan: Discovery and Creativity, Student Experience, Campus and Community and Global Connections.

“The Campaign is called ‘We Will,’ because it connects directly with the strategic plan name, and it reflects the strong confidence we have in Northwestern and all that we are poised to accomplish,” Schapiro said in the release.

NU also announced Friday four major donations that have contributed to the $1.52 billion start. Mark (Law ‘85) and Kimbra Walter (Weinberg ‘85) donated a $40 million unrestricted gift NU intends to put toward the athletic department and scholarships for the School of Law.

The Robert R. McCormick Foundation gave a $15 million gift toward several efforts including scholarships for undergraduate and graduate students, an immersion journalism program focusing on social justice, and research in restorative surgery for men and women wounded in combat.

The final of four leading gifts, $7.5 million from the Shaw family, was donated to the Program in Plant Biology and Conservation. The donation will fund fellowships for graduate students to study within the program, a partnership between NU and the Chicago Botanic Garden.