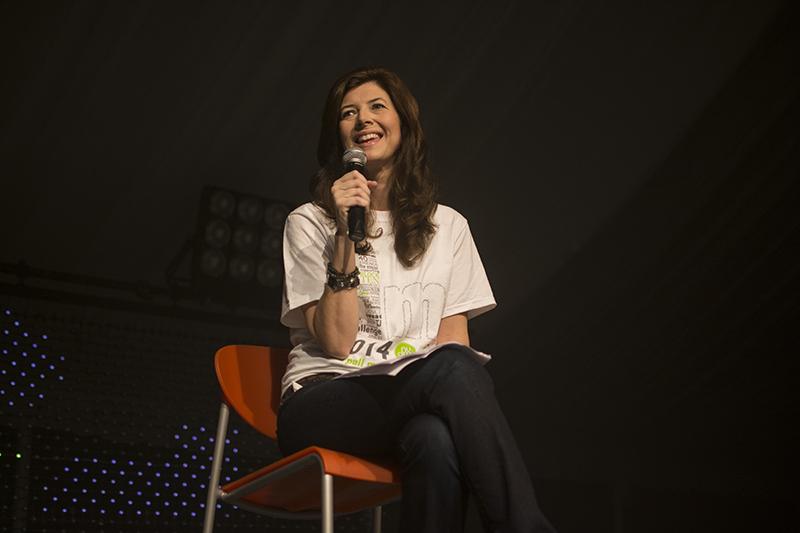 Before Marissa Penrod was the founder and CEO of a nonprofit, she was a mother.

When Penrod’s son, Joseph, was diagnosed with Duchenne muscular dystrophy in 2008, she wanted to create an organization to fight the ticking clock. She started Team Joseph, a non-profit devoted to finding a treatment or cure to Duchenne.

“Each night, before I go to sleep, I go into his room … and I pray for a miracle,” Penrod said. “I pray for an answer, a solution, for a treatment for Duchenne. … That miracle has been here all along. The miracle sits on my lap for story time, plays catch with me in the twilight, and teaches me card tricks on Saturday afternoons.”

After hearing the diagnosis, Penrod let herself cry for one day. Then she dove straight into research on her son’s disease. Originally composed of a small team of volunteers that threw local fundraisers, the movement attracted donations from interested businesses, and eventually became an official non-profit.

Penrod faces the somber reality of Duchenne with optimism.

She named the organization “Team Joseph” to give it a face, so people would understand “this isn’t some anonymous disease.”

“Initially, it started as ‘I just want to save my son,’” Penrod said. “But what is really motivating to me, through what we’re doing with Team Joseph, is that we’re really giving Joseph’s life great purpose and great meaning.”

She said the fundraising was more than just the final number, it was about sharing her story. DM’s audience of more than 1,000, who laughed and cried with Joseph’s journey, Penrod said, gave her “pure happiness.”

“I think any parent’s worst nightmare is to know that their child has a disease that they can’t save them from,” she said earlier in the weekend. “But to know that everything we’re doing has meaning and has purpose and has the power to impact other people, it’s inspiring — and that’s a gift to Joseph.”

As for the future of Team Joseph, beyond the 30 hours of DM, Penrod said she will continue to fund research until there’s no more work to do.

“I would love for us to be out of business because we found a treatment for Duchenne,” Penrod said. “That’s our goal.”