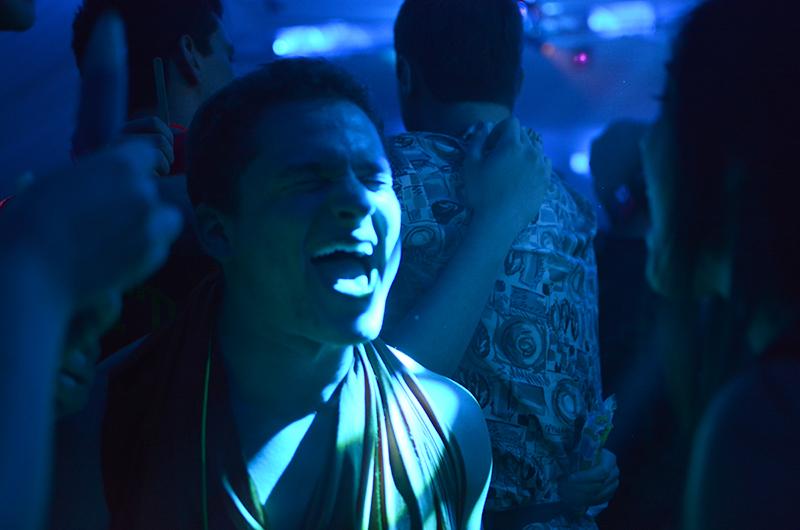 What Dance Marathon Block 2 lacked in presidents, it made up for in characters.

After the leaders of both the country and Northwestern made appearances during Block 1, dancers came back out of the tunnel for Block 2, “Characters Welcome,” still energized. Emcee Ethan Levine-Weinberg, a Communication senior, donned a Dr. Seuss hat to lead the festivities, while block sponsor Red Bull provided the DJ, Kody Madro.

The block kicked off with not one, not two, but three celebrity videos, starting with one from actress Meghan Markle (Communication ’03) , who visited campus last month with the cast of “Suits.”

“It’s amazing what you guys are doing,” Markle said. “I know it’s hard. When I was a freshman, I did Dance Marathon, and man, I remember how difficult it gets. But you’re doing it for such a good cause.”

Markle was followed by actors in two Broadway shows, “Book of Mormon” stars Ben Platt and Nic Rouleau and Ben Fankhauser and Corey Cott from “Newsies.”

Other highlights of the block included a talent show emceed by two students wearing Oscar the Grouch and Elmo heads and a speech from Sue Loellbach of Evanston group Connections for the Homeless Connections has received grants from DM’s secondary beneficiary, the Evanston Community Foundation.

Loellbach said funding from the ECF has helped Connections put 20 chronically homeless people into housing for the past three years.

“Those of you who are dancing are saving lives,” Loellbach said. “Keep it up, you’re making a long-term difference.”

The block also had not one but two renditions of “Let It Go,” which was performed in the talent show and then played with half an hour left in the block to a rousing chorus.