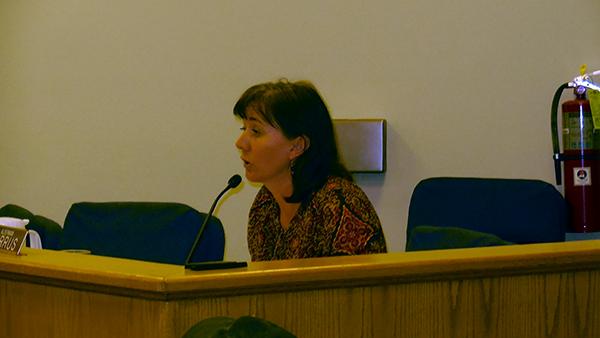 Evanston’s Human Services Committee met Monday evening to discuss the joint recommendations between the city’s Arts Council and the Noyes Tenants Association and the future of the relationship between the city and Community Animal Rescue Effort, the local nonprofit that facilitates dog and cat adoptions.

Nearly 20 speakers, coming from Evanston, Chicago and Skokie, gave their perspectives on CARE, the animal adoption nonprofit that operates out of the city animal shelter. Last week, a Human Services subcommittee voted to terminate the city’s relationship with CARE and to end its tenancy at the animal shelter, which is city property.

“When voting for the recommendation that is before you, if you vote ‘yes’ to the recommendation, what you’re saying is that you are confident that the city has a plan to care for both the cats and the dogs within that timeframe,” said CARE volunteer and donor Kristin Callis.

Despite doubts expressed by some volunteers about the welfare of the animals, Ald. Coleen Burrus (9th) said CARE’s resistance to a change of leadership doesn’t leave much room for growth.

“The board needs to look within itself,” Burrus said. “There are many volunteers here that are passionate. Give them the opportunity to lead. That is the way an organization remains sustainable.”

Ald. Jane Grover (7th) suggested the committee draft an agreement to present to CARE that would “optimize shelter resources.” Grover added the city should be explicit about its expectations and let CARE decide whether it wants to walk away from the agreement or not.

“I think we need to be a little bit more proactive about seeking out answers in the community,” she said. “Going forward with CARE right now with the leadership that’s in place, I think is a big mistake.”

Linda Gelb, the president of CARE’s board of directors, expressed concern that the community suggestions, ranging from stopping the euthanization of animals to replacing the board of CARE, were not unified.

“We don’t know what you want,” Gelb said.

The committee approved Grover’s proposal, and the first draft of the city’s recommendations will be discussed at a special committee meeting scheduled for March 31.

Lisa Degliantoni, co-chair of the Evanston Arts Council, and Maggie Weiss of the Noyes Tenants Association presented their joint recommendation, which included staffing the front desk at the center. They requested the change because the art currently goes unsupervised at times.

“We are asking people from around the country and locally to put up their artwork where there is no supervision,” said Weiss, an Evanston artist. “What is there to stop someone besides a camera to cut off the fishing line in which my art hangs and walk off with it?”

Burrus questioned the presenters about the financial benefits of their proposal, given that the free gallery space is Evanston’s liability.

The committee voted to receive the recommendations and invited the pair back to its April meeting.