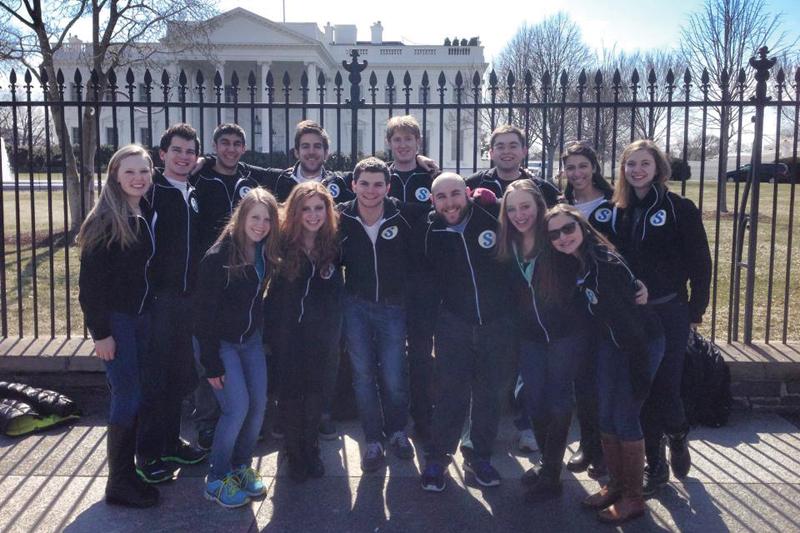 The group faced eight other teams in the fourth annual Kol HaOlam Competition. Each organization ranged in size from about eight to 20 people, said Jeffrey Heiferman, the president of ShireiNU. ShireiNU sent 14 students to compete. The event was judged by four individuals who awarded each team points based on their vocal sound, visual performance and overall effectiveness.

“We had so much fun as a group,” said Heiferman, a Weinberg senior. “We went into it confident and excited and ready for any outcome and we were fortunate and so excited when we heard that we placed third.”

This year’s event took place in the Charles E. Smith Sanctuary. It was the first time ShireiNU entered a competition, so the group was unsure about the outcome going in, Heiferman said.

“A lot of the other groups have been around for a lot longer,” Heiferman said. “We were just founded in 2009 so we moved relatively quickly in the competition.”

To prepare for the event, the group practiced as much as they could until they were confident in their abilities and their sound, Heiferman said.

“We rehearsed a lot for it because this was our first time performing,” he said. “We wanted to make sure we went into it as prepared as we could be.”

Heiferman said the group was thrilled about the achievement and is looking forward to competing in more events in the coming years.

“This was an exciting experience, a fun experience and now we’re confident in the future,” he said. “I think going into any competition you never know what to expect, so we were all very proud of ourselves, very excited when we heard we won.”