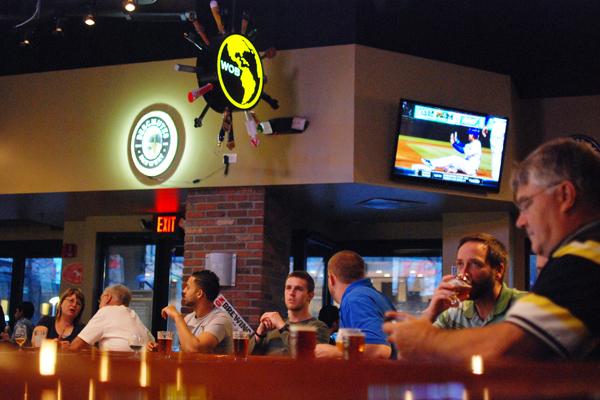 Choosing your favorite or best beer is like asking to people to choose their favorite song. There’s different beers for different moods — how can you pick just one? That’s what makes World of Beer so great. It has every beer for every mood. Did you just return from your study abroad and you’re still acting like you’re better than everyone else? Here’s something from the Spain section. Are you trying to hide your disdain for beer but still maintain society’s perception of a real man? Here’s an Abita Purple Haze, made with berries!

World of Beer is the best beer in Evanston not because you go there and order the same thing every time. It’s the best beer in Evanston because it adapts to how you’re feeling in that moment. When you mix in the weekly trivia nights or the occasional Appomattox Trap House concert, the race for best beer really becomes a no contest. So sit back, relax and take a look at the menu. Maybe you just texted your side piece “You up?” and she hasn’t responded in three days. Maybe you passed your last final. Either way, World of Beer has just the thing to get you through another day.