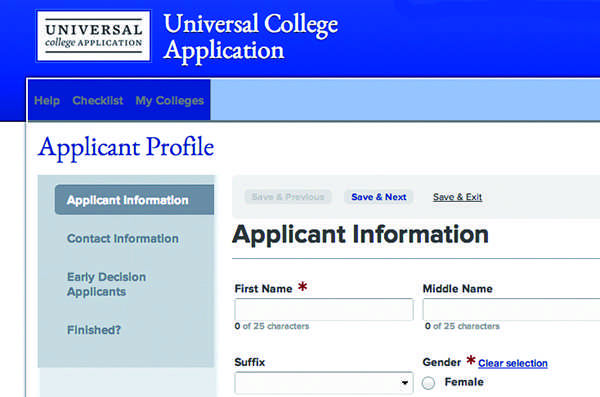 Northwestern has not joined the newly launched Universal College Application in addition to the Common Application. Dozens of schools around the country have begun offering the second option after the Common App was beset with glitches this admissions cycle.

Despite a growing list of colleges adding the Universal College Application as an additional way to apply, Northwestern is not yet considering it.

But Christopher Watson, dean of undergraduate admissions, said the office has not ruled it out as an addition to the Common Application.

“Part of the problem for us right now is that we are trying to get the decisions out the door, so that’s just not a project we are going to take on right now and really think about until April or so,” Watson said.

So far, 43 colleges have signed up for the Universal College Application, including Duke University, Harvard College, Princeton University and Washington University in St. Louis.

Watson said to his knowledge, this was the first time the Common App has had significant technical issues.

“Hopefully people who are considering using another vendor to help aren’t doing it just because their application numbers went down,” he said. “That would not be a very good reason.”