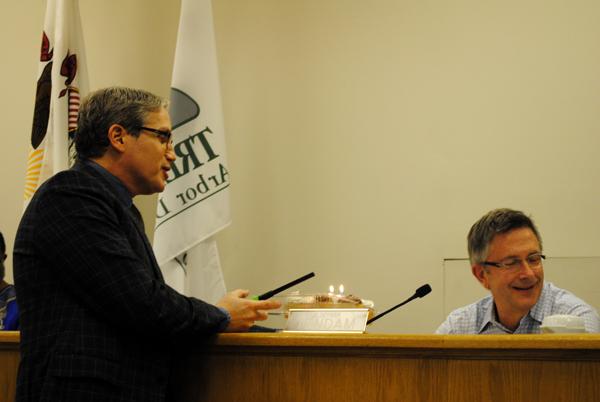 A subcommittee met to consider the financial costs associated with the pending project, which may receive an Illinois Department of Natural Resources grant worth $2.5 million. City Council passed a resolution Monday evening to authorize the grant application.

Renovating the Crown Center would cost about $17 million. The building would be a gut-rehab project and extend the center’s life for 20 years, Lyons said. Net 30-year costs for a new center range from $44.3 million to $85.2 million.

Lyons told The Daily the city would pay off debt over the next 20 years to 30 years using revenue from the center. Tax money will be used to pay off  remaining debt.

The subcommittee is considering a new center at Main Street and Dodge Avenue with an ice rink, a community center and a library. An additional option would be to separate the ice rink from the community center.

“The thought of building an ice rink for Northwestern University just gives me chills,” Rainey said. “They certainly can partner (with us).”

In planning upgrades to the center, the subcommittee hired a financial consulting group to assess different center options. The consulting company concluded increased ice availability would not likely increase revenue because of the multitude of ice rinks in the area.

In addition to financing center upgrades through the city, the subcommittee has considered handing ownership to a private entity. Such proposals would require the city to act as a backstop, meaning it would ensure funds are raised. Backstop purchasers can receive premium fees for their services.

Lyons said he would continue to work with City Council as the city solicits donations from community members for the center. The IDNR grant application is due March 10.

If an ice rink is foreclosed, Lyons said, it generally would continue operating. The International Ice Centre in Romeoville, Ill., went into foreclosure after it was built for $17.5 million and was bought for about $3 million.

“The places we went to, there were some that were money makers but we weren’t going to look at them and say they were the nicest looking place I’ve ever been in,” Lyons said.