Evanston warns of flooding due to rain and warmer temperatures 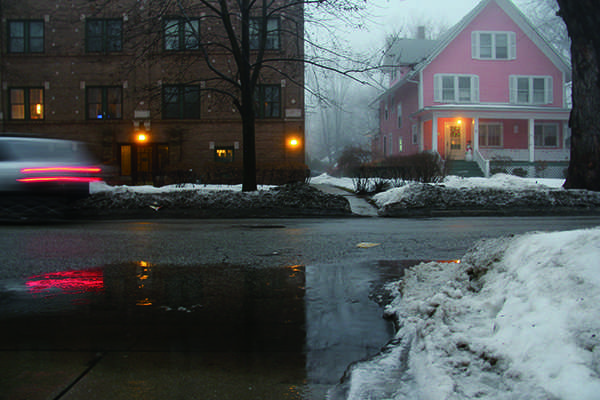 As of Thursday morning, the city recorded 0.42 inches of rain in addition to about 30 requests regarding street flooding problems, city officials said in an email.

The melting snow will contribute to the possible flooding, the city said. Frozen turf will be unable to absorb the excess water, which might cause flooding in the city and residents’ basements and garages, the city said.

Evanston’s Water Division offered tips to residents to combat the flooding. The department advised residents to clear snow and ice surrounding their homes and to unplug electronics and remove valuables that could be damaged. The city also said drivers should avoid parking over street drains, an act that could increase the likelihood of street flooding.