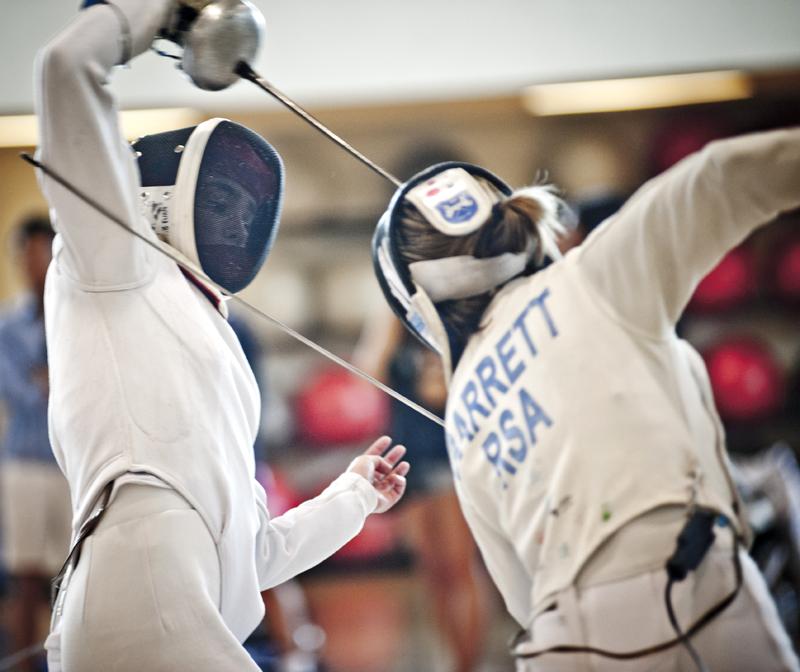 Four fencers represented the Wildcats at the United States Fencing Association Junior Olympic Championships in Portland, Ore., over the weekend and came away with what coach Laurie Schiller called “so-so” results.

Still, Northwestern (34-9)  had a productive weekend.

“What I was doing here was scouting for future Wildcats, looking at juniors in high school,” Schiller said. “That’s a lot of what we do at this tournament.”

Although he is not permitted to talk to prospects off-campus, Schiller said it was a useful weekend to observe some fencers on his radar. He said this is the first time he gets a serious look at these fencers, and it serves as a good starting point for his evaluations.

Chan and Pointeau fought Friday in the junior women’s foil event. Chan won three of her five pool bouts and her first two bouts in direct elimination before falling to eventual fifth-place finisher Sarah Pak, 10-7, in the third round. Chan earned 28th place out of 128 fencers.

“Stephanie fenced the best of the three girls,” Schiller said. “I think that she lost against a very good opponent, and she fenced a very strong bout until the end. Being behind, you kind of have to take risks, which will make the score look worse than it was.”

Pointeau lost in the first round of direct elimination to Alexis Tate, 15-10 and placed 72nd in her first Junior Olympics.

Oh competed Sunday in the junior women’s sabre event. Although she won five of her six matchups in her pool and earned a first-round bye, she lost her first direct elimination match to Danya Yu, 15-7. Oh finished 41st of 105 fencers.

“I didn’t do as well as I hoped to, and I lost to someone I know I could have beaten,” Oh said. “But it’s OK. It’s just an experience, and from this weekend I’m gonna learn from the mistakes I made and will go into conference and regionals ready to fence.”

“We know that she can do better than that, but sometimes its tough to go out by yourself and be the only fencer without your team there,” he said.