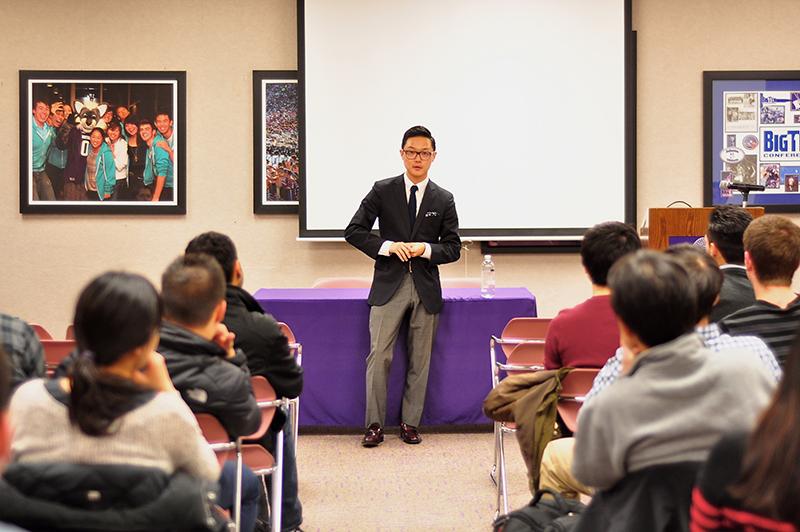 Former White House associate director Ronnie Cho spoke Monday at Northwestern on the national debt and how students can get involved in addressing the issue.

Moneythink NU, a student organization that teaches underserved Chicago-area high school students about financial literacy, hosted the event. The group is part of a national organization, which also works to educate college campuses about the national debt.

Moneythink is also a participant in the nationwide campus competition, Up to Us, focused on teaching college students about the current economic problems facing the United States.

“We targeted Ronnie because he works directly with student initiatives within the White House,” said Janesh Rahlan, a Weinberg senior and president of Moneythink. “He also works with expanding equality in the education sector, which is part of Moneythink’s mission.”

“The student loan debt is one of the biggest issues that this generation will face,” Cho said. “The minute you graduate you have on average about $30,000 in debt. Never before did you have to finance your education through debt.”

He also discussed other economic problems the U.S. faces, including the country’s outdated infrastructure and tough job market. These issues are a result of the current state of the economy, and if America’s finances continue at this rate, the nation will be in jeopardy, Cho said.

“There’s huge national security issues if we are weakened economically, if we rely on continuing to mortgage our future through debt,” Cho said. “It’s not good for American competitiveness.”

Cho, who was the associate director in the White House’s Office of Public Engagement and worked for the Federal Communications Commission in 2009. He was involved in the National Broadband Plan, an FCC program which, among other things, is designed to bring high-speed Internet to every school in the country.

The second part of Cho’s speech emphasized what college students and the rest of the millennial generation could do to solve the country’s economic problems. He said the country could not continue on this path and this generation must be held accountable to change it. He said he felt many millennials held similar opinions on issues such as gay marriage and religious freedom, enabling them to attack and solve “actual, real problems” such as hunger, poverty, climate change and wealth disparity.

Millennials need to get involved in every aspect of society, Cho said.

“We need new people in positions of power,” he said. “Until we get a new generation of leaders in business, government, media — every sector — you will not see anything change.”

Even prior to graduation, making a change is still within the grasp of college students, he said.

“Get pissed, mobilize, ask your president, ‘What are you doing to keep our college education affordable?’ Ask those hard questions and if they don’t give you the answer you want, make sure (everyone) knows,” Cho said.

After the talk, Cho took questions from the audience for about 30 minutes.

“He answered some questions like a politician, but nonetheless a good talk,” McCormick freshman Sam Cohen said. “You don’t get a youthful perspective on politics like this too much.”