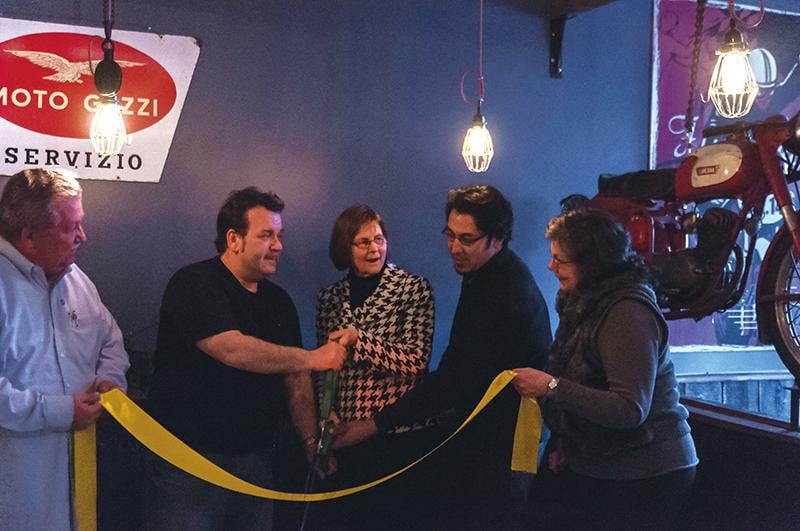 A new Evanston establishment is targeting Northwestern students of the legal drinking age with discounted drinks and later weekend hours.

La Macchina Cafe, 1620 Orrington Ave., opened Oct. 14. Owner Marco Ferrarini said he wanted to bring an Italian restaurant complete with a full wine bar to Evanston. He said business has been going well as word of the place spreads and more regular customers come in.

Ferrarini said he recently had the idea to try to attract NU students to the restaurant. At the beginning of the year, he introduced more party-oriented events at La Macchina on Monday and Friday nights with an hour-long open bar and a $10 entry fee.

News of the promotions spread through Facebook events created by a group of five NU students. Alan Herskowich, a Weinberg junior and one of the organizers, said Ferrarini approached him and his friends when they were having dinner at La Macchina. He asked for their help to promote the special nights to students.

Herskowich said the restaurant’s efforts have been successful so far.

“NU students are really responsive to parties in general in Evanston,” he said. “After The Keg closed, there’s not a lot of places for students to go to.”

Despite the comparison to The Keg of Evanston, Herskowich said La Macchina is careful to check identification to make sure no one under 21 is able to enter the Monday and Friday events. The Keg, which closed in March 2013 after its lease was not renewed, had its liquor license taken away last January, after more than 15 people were arrested for underage drinking.

(The Keg is tapped: Storied student bar shutters after 36 years in downtown Evanston)

“We have bouncers who guard the door who have strict control of every ID,” Ferrarini said.

In addition to only letting in those over 21 on Monday and Friday nights, La Macchina is looking to add a policy where attendees have to also show their WildCARD, Herskowich said. This will eliminate those from the Evanston community and from other universities, making the events for only Northwestern students, he said.

Allie Fredendall, a Weinberg junior, went to an event after getting invited through Facebook. She said Monday and Friday nights at La Macchina are definitely not ideal for people who prefer a quiet, more intimate outing.

“It was like a hyped-up fraternity party,” she said. “I was expecting something a little more bar-like.”

Even so, Fredendall, who recently turned 21, said she would go back again. She said it was a nice place to go dancing and have a fun time with friends.

“There really aren’t that many Evanston bars,” she said. “I want to experience something that I haven’t before.”