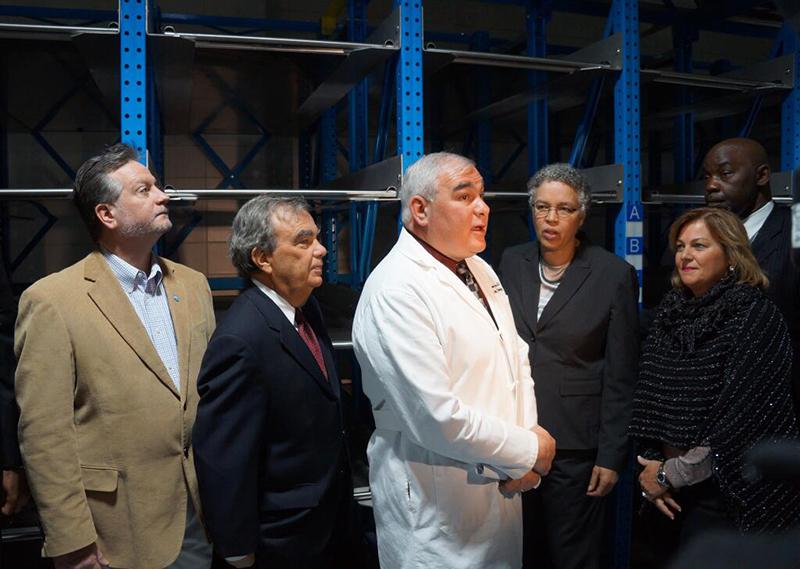 The Association “recognizes that the office is making substantial progress toward or meeting professional standards in key areas of operations, staffing and procedures,” according to a news release from Preckwinkle’s office.

The announcement comes about two years after Preckwinkle pledged to reform the office following reports of overcrowding and the firing of two workers. In January 2012, photos surfaced of bodies, some of which were rotting, stacked on shelves at the morgue. The county’s chief medical examiner, Dr. Nancy Jones, left the office that summer. Dr. Stephen Cina, who joined Preckwinkle for Thursday’s announcement, was hired in September 2012 to replace Jones.

“My administration has focused on making the Cook County Medical Examiner’s Office a model of professionalism and operating efficiency,” Preckwinkle said in the release. “Gaining provisional accreditation shows the remarkable progress that has been made under Dr. Cina’s leadership.”

The office investigates more than 5,000 deaths per year and has capacity to perform up to 3,000 autopsies.

“Our staff is committed to providing the highest level of service to the citizens of Cook County, and NAME accreditation recognizes that commitment,” Dr. Cina said in the news release. “They worked hard to transform us into one of the premier death investigation agencies in the country in just two short years. This achievement would not have been possible without the strong support of our County’s leadership.”

“Perhaps most importantly, this announcement should serve as an assurance to those whose loved ones pass through the Medical Examiner’s Office that the deceased are treated with dignity, care and respect,” she said in the release.