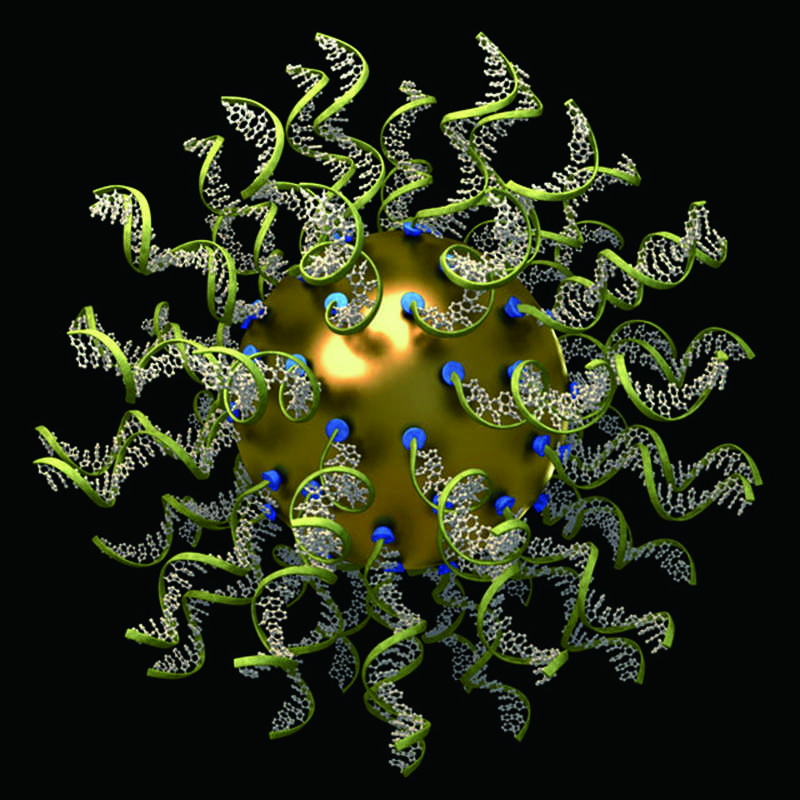 Northwestern professors created a video describing the physical and chemical properties of spherical nucleic acids. The video received a People’s Choice award in a science visualization competition sponsored by the National Science Foundation.

Northwestern researchers won an award last year in the National Science Foundation’s science visualization contest for a video on their work creating spherical nucleic acids, pieces of DNA packed around a nanoparticle core that can be used in gene therapy.

“Professor Mirkin and I and a lot of other people in the lab were following the results pretty closely,” Petrosko said. “It was really close down until the final hours of voting.”

The nucleic acids the team creates may be able to be used in therapies for different kinds of genetic diseases.

The contest, co-hosted by Science Magazine, aims to encourage better communication between scientists and non-scientists through videos, photos, games and other visuals. Winners of the contest had their work featured in the magazine.

David Giljohann (Weinberg ’03 and ’09), chief executive officer of AuraSense Therapeutics, said his biopharmaceutical company works with the spherical nucleic acids represented in the video and is looking into its applications in therapies for diseases such as brain and lung cancer.

“Quite simply, when you create these arrangements of nucleic acids, there’s a natural, biological ability of cells to recognize and internalize these structures,” Giljohann said. “If you use the correct sequences on the spherical nucleic acid structure, you can actually regulate genes.”

Petrosko said the nucleic acids can be structured to have different properties that theoretically make them useful for treating a variety of genetic diseases.

Mirkin partnered on the project with Quintin Anderson, the creative director of The Seagull Company, who animated the video. Anderson said his science animation business started with an online video he watched to study for a cell biology exam as an college student.

“After I watched this animation, it just made so much sense to me,” Anderson said. “It had a pretty big effect on me. Instead of going to med school, I started leaning toward animation and during grad school I started to get serious about it.  It sort of just snowballed into me deciding to try to make a living doing this.”

Petrosko said Anderson worked on the video with the Mirkin Research Group for about a year before entering the contest.