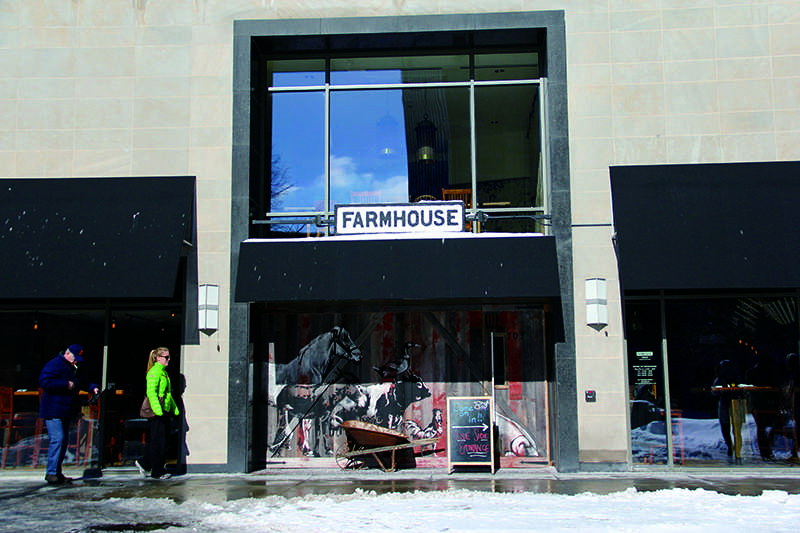 Nearly 20 Evanston restaurants are participating in Chicago’s North Shore Restaurant Month, giving special offers to customers who present a certificate during the event.

The Chicago North Shore Convention and Visitors Bureau organized the event. Edzo’s Burger Shop, 1571 Sherman Ave., is offering a two-for-one entree deal and The Olive Mountain, 610 Davis St., will give a free dessert with an entree purchase. To receive the deals, customers must present the official pamphlet.

“Anything that brings business in is a great thing,” said Scott Brooker, manager of Edzo’s Burger Shop.

Brooker said he and the owner discussed whether the current promotion was potentially more damaging to the restaurant’s sales than they had anticipated. The pamphlet customers use for Chicago’s North Shore Restaurant Month cannot be collected, giving customers the opportunity to reuse the promotion and also pass it along, he said.

With all promotions, Brooker said they have to be aware of all associated costs. However, Brooker noted that bringing in new customers is a great thing.

Hassid Blan, owner of Mediterranean restaurant The Olive Mountain, said he hasn’t seen anyone use the Chicago’s North Shore Restaurant Month pamphlet. Though some diners did utilize the specials last year, Blan said.

It’s a “good thing to be part of an association that deals with the North Shore,” Blan said. Blan also emphasized that promotions like these are good for advertising and promoting the businesses.

In addition to Chicago’s North Shore Restaurant Month, an Evanston restaurant participated in Chicago Restaurant Week, which lasted two weeks from Jan. 24 to Feb. 6. Farmhouse Evanston, 703 Church St., participated in both events, now offering a prix fixe dinner at $33 for three courses and a two-course prix fixe lunch at $22.