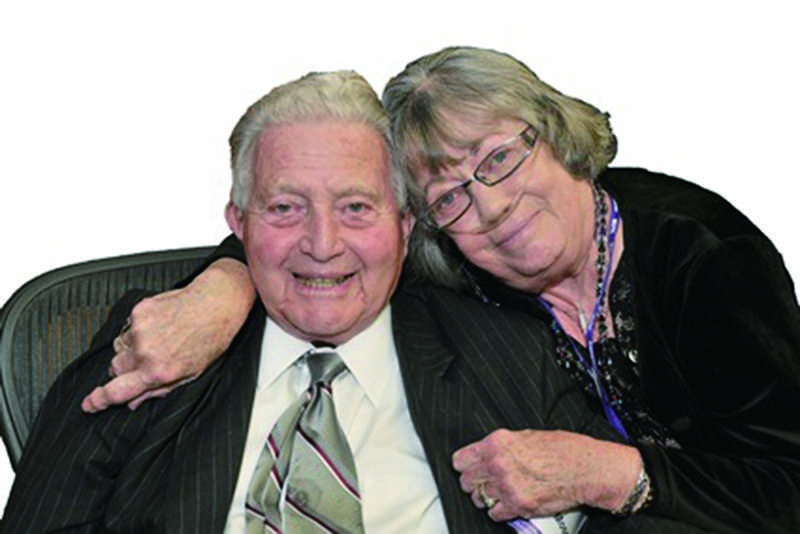 Students and faculty commemorated the lives of Northwestern professors Rae and Leon Moses on Friday, remembering their contributions to the University’s academics.

Leon Moses started at NU in 1959, serving in both the economics department and the Transportation Center before he died in October at age 88. His wife, Rae Moses, was an NU faculty member for 38 years, co-founding both the linguistics department and the Women’s Studies Program, before passing away in February at age 77. About 50 guests attended the memorial held in the Vail Chapel.

Chaplain Tim Stevens welcomed attendees and discussed the ways Rae and Leon Moses influenced both the community within and outside NU. Stevens encouraged the audience members to consider the effects individual encounters with the couple had on their own lives.

“There is no doubt that Leon and Rae have each had an impact on the lives of many through their research and publishing, through their teaching and mentoring of students, through collaborations and friendships, through their devotion to this university and to the common good,” Stevens said.

She was also remembered for her kind demeanor and eagerness to address problems that arose. Paden said she was impressed by her kindheartedness and passion for her studies.

“As she did for so many others, Rae reached out to me,” Paden said. “I was swept away by her commitment to the social justice, a commitment I soon learned she and Leon shared. For Rae, women’s rights and civil rights were inseparable.”

Leon Moses began his work at NU seven years before Rae Moses. He served as both the chair of the economics department and the director of the Transportation Center, focused on the improvement of systems of movement, both domestically and internationally. He did significant research in many areas, contributing specifically to transport, traffic congestion policies and transportation safety.

In his speech, Weinberg Prof. Ronald Braeutigam said he could not begin to do justice to the research Leon Moses did or the way he carried himself within his roles at NU. Braeutigam said Moses brought an unparalleled vision and energy to the center and to his students.

Speakers remembered Leon Moses for his rigid teaching method in economics and for his sincere willingness to help anyone in need.

“Leon was not just a good teacher, he was a great teacher,” Braeutigam said. “Students flocked to his courses even though they knew he was tough because they knew he had a passion for the subject and could explain difficult materials in a transparent manner.”

Braeutigam said Leon Moses was admired for his honesty, ability to collaborate, passion and capacity to challenge both his constituents and students.

“He had a tough exterior,” Braeutigam said, “but he was a marshmallow on the inside.”

Although Rae and Leon Moses both engaged with the NU community individually, friends and faculty said they remembered the two were happiest when they were together.

Megan Moses McBride, daughter of Rae and Leon Moses, said her mother was empowered by her father, as they each had comparable jobs, a rarity during that time. Although her mother’s demeanor was quieter than her father’s, each of her parents held an equal role in the household, she said.

Both passionate intellectuals, the two complemented each other, McBride said, noting she learned qualities and values from her parents that she still carries with her today.

“They sought to instill the same values that they encouraged for me: honesty, integrity, commitment, loyalty, discipline, compassion, courage of conviction,” McBride said. “These are the legacies my parents left to Northwestern University, this faculty and its students.”