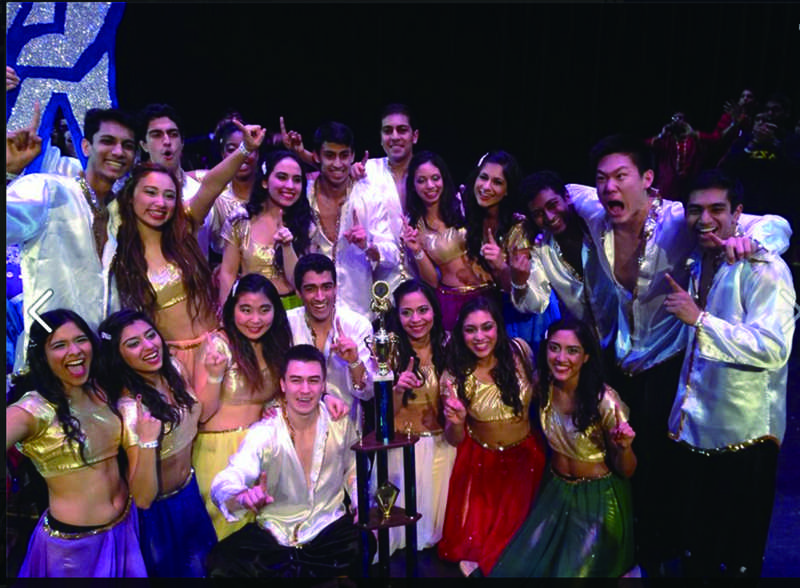 Northwestern’s hindi dance team A-NU-Bhav has made it to Bollywood America for the first time ever. The team earned first place earlier this month in the A-Town Showdown.

After winning a competition in Atlanta last weekend, Northwestern’s A-NU-Bhav dance team will travel to San Francisco to compete at Bollywood America in April.

This is the first time the Hindi film dance team will be competing in this national competition.  Weinberg senior Supriya Rastogi, co-captain of the team and one of the show’s leads, said the team has worked to make sure this year’s routine is one of the best yet.

“We’ve just put our all in this year,” she said. “We have a more progressive storyline, which is unique to the Bollywood circuit. We have more styles of dancing. … We made sure to get a nice range of genres, and I think putting all those together and everything with production and the choreography and the heart and soul that goes into it, it really made the perfect mix.”

A-NU-Bhav made sure to take advantage of the different dance experience its members have by capitalizing on members who have a ballet and hip-hop dance background.

Rastogi is on the A-NU-Bhav executive board and has been a part of the team since her freshman year. She said attending Bollywood America has always been the team’s ultimate goal.

According to its website, Bollywood America is the biggest South Asian filmi-fusion dance competition in the world. In order to compete, teams must take first place at a bid-qualifying competition. For A-NU-Bhav, that was last weekend’s A-Town Showdown, where they placed first against seven other teams.

Medill sophomore Priyanka Mody, who has been on the team since her freshman year, said everyone on the team plays an important part in the show.

“It really is a team effort,” she said. “What makes a show so amazing is that everyone is really participating to their fullest … it’s not just one person.”

To get ready for the national competition, Mody said the team will continue to add more to their routine and work on technique.

While preparing for Bollywood America, and the three other competitions that precede it, A-NU-Bhav is also fundraising for their trip. The team has a site on GoFundMe with a $9,000 goal. According to the site, A-NU-Bhav has currently raised $995 from donations from 15 people over the last 11 days.

“It’s a very expensive sport, with traveling and production and dancer registration fees, so we are always looking to fundraise,” Mody said.

In addition to the website,  A-NU-Bhav also applies for grants, works concessions at sporting events and participates in campus events to get funding.

One of the biggest overall fundraising challenges is getting people to actually donate.

“Fundraising is always hard to convince people that this is a matter that needs to be supported,” Rastogi said.

Raising money is complicated when the team is also practicing and competing, but Rastogi is confident the team will reach its goal.

“It’s something that we know we can accomplish,” she said. “We will never say no to nationals because of financials. We will work our way. We will do whatever it takes to make it possible so every member can come to nationals with us.”